Simpson defends British title against Smith in Liverpool – plus undercard 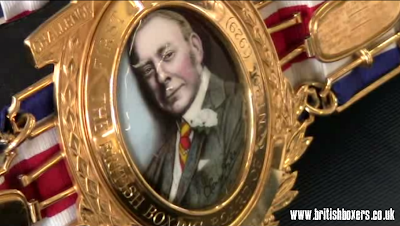 The old Locarno and circus hall on the West Derby Road is again becoming a regular venue for big fight night’s in the north, with many recent shows taking place there, including the recent Prizefighter super-middleweight tournament. And next weeks encounter should create a cauldron type atmosphere in the unique 70 year old Olympia building.
Smith 25, beat Simpson (29-7, 9KO’s) the first time around in September last year to take a split-decision in the Scotsman’s own backyard, at the Kelvin Hall in Glasgow and Simpson 27, will be looking to gain sweet revenge on Smith’s home patch next week.
Ringside: Simpson’s Confident Of Beating Smith

Since that defeat to Smith, Simpson proved he has no fears about about being the away fighter, when in his next fight, 3 month’s later at the King’s Hall in Belfast he won the British featherweight title from Ulsterman Martin Lindsay.

In the first fight with Smith. (11-0, 6KO’s) Simpson felt aggrieved to lose the fight believing he had done enough to retain his commonwealth belt in what was a non-stop action affair for 12 rounds, and this return meeting shouldn’t fail to live up to its billing as a real ‘Barnstormer’ with both boxers feeling they have a point to prove, in this second coming of two quality fighters.

Simpson also has the added incentive of a possible summer world title fight in Scotland, if he can defeat Smith and keep his Lonsdale belt.

“If John beats Smith then his next fight should be for a world title,” said his manager, Alex Morrison.

“He’s currently at No 3 in the IBF rankings and the promoter, Frank Maloney, has written to the sanctioning body to ask them to allow John to fight for their vacant title. That can only happen if he beats Smith, though.”

Smith though will have his own designs on winning the fight and upsetting any such world title plans that Simpson may have, and the Scouser will believe that he can take the Scotsman place in the world rankings and do the double over him
Stephen Smith talks about his fight with Simpson and his camp changes since the first fight
Maloney Promotions expect ‘a great atmosphere and a great fight!

Chief support on the undercard sees another Merseysider in David Price looking for his 10th consecutive victory.

The former heavyweight Olympic bronze medallist, who has stopped seven inside the distance, will face his toughest test to date when he steps in with Raphael ‘The Silencer’ Butler in a scheduled eight-threes.
The dangerous American has 28 KOs from his 35 wins and will be hoping to silence the home crowd by returning to the States with Price’s scalp added to his ledger.
A win for David, who is appearing in Liverpool for only the second time to date, will set him up perfectly before he takes on John McDermott in a British title eliminator in June.
Price has been preparing for this fight by sparring with another British heavyweight prospect Tom Dallas at the body shots gym in Kent, where both have been putting each other through some intensive sessions to get ready for there up-coming fights. Dallas fights in his home town of Gillingham in May.
David Price sparring Tom Dallas on Ringside
Other local talent showcased on the bill will include Steve Harkin, Paul Edwards, Liam Vaughan, John Quigley, Ryan Farrag, Kevin Satchell and Mike Robinson.
Fight Card as follows:
12×3 British Featherweight Title
John Simpson v Stephen Smith
8×3 Heavyweight
David Price v Raphael Butler
6×3 Middleweight
Steve Harkin v Terry Carruthers
6×3 Bantamweight
Ross Burkinshaw v Mike Robinson
6×3 Flyweight
Paul Edwards v Kevin Coglan
4×3 Light Middleweight
Liam Vaughan v Matt Seawright
4×3 Featherweight
John Quigley v Raffi Khan
4×3 Super Bantamweight
Ryan Farrag v TBA
4×3 Bantamweight
Kevin Satchell v TBA
Tickets are priced £65, £35 – call 0871 226 1508.

Or visit – www.frankmaloney.com – for more information