Fighting flicks: 12 times boxing was a hit at the box office 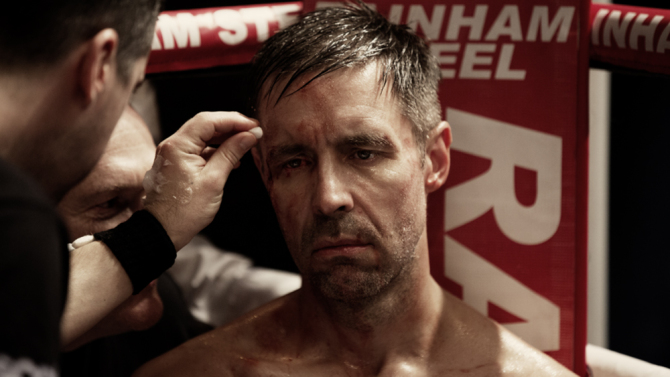 With boxing and Hollywood regularly providing a perfect combination, we have picked out 12 of the most enjoyable times the sport stole the show at the box office.

A film that many describe as the best boxing picture created, Martin Scorsese’s biopic of the legendary Jake LaMotta is simply a must-watch for fight fans.

Played by Robert DeNiro, the film does an incredible job in portraying the turbulent life and unmistakable character of ‘The Raging Bull’, from his rivalry with Sugar Ray Robinson to his quest to the top of the middleweight division.

A biopic justifiably less renowned than The Raging Bull, Hands of Stone is a very enjoyable watch nonetheless.

The film tells the story of Roberto Duran, placing an elevated focus on his rivalry with Sugar Ray Leonard, as well as the political history of Panama where he was born.

Dodgy promoters, merciless bookmakers and a decorated cast – Guy Ritchie’s acclaimed British gangster flick is simply too good not to be on the list.

Symbolic of a Guy Ritchie film, the film features a whole assortment of colourful characters, with it centring around the ducking and diving of Turkish, played by Jason Statham and Tommy, played by Stephen Lennon, as they seek to accommodate the desires of the satisfy promoter Brick Top.

Nothing beats a good comeback story and the tale of Vinny Pazienza is arguably one of the most dramatic comebacks in boxing.

A unique character, who formed a special relationship with trainer Kevin Rooney, who at the time was outcasted from the mainstream of the sport.

Again, the key to the biopic is the casting, with Miles Teller and Aaron Eckhart perfectly portraying the characteristics of Rooney and the Pazienza.

A classic. On the Waterfront features a former fighter played by the unmistakeable Marlon Brando who seeks to overcome his battles with corrupt union heads.

The film’s importance has been affirmed on many occasions, with it not only notching eight Oscars, but also being deemed as the eighth greatest American film of all-time, by the American Film Institute.

You simply can’t beat the original and that’s why we have gone with the 1931 version of The Champ, once again a true classic.

A turbulent story set in a different time, as Andy Purcell is an ex-alcoholic who battles to give his son the best life possible.

Oscar-nominated, Cinderella Man tells the story of James J. Braddock a heavyweight from the 1930s, who was all but written off before he came back to capture heavyweight glory.

Set in a bygone era, where the title of being world heavyweight champion belonged to only one man and truly was the most prestigious prize in sports.

Undoubtedly the most difficult watch on the list. Written, directed by and starring the brilliant Paddy Considine, Journeyman shines a light on the darker side of pugilism.

In the home stretch of his career, successful fighter Matty Burton looks to secure financial stability for himself and his family in his final few bouts, however, his world is turned upside down as he suffers life-changing injuries in the ring.

A gritty tale of a former amateur who turns to his old club as he has fallen on hard times. Observant fight fans will recognise a plethora of well-known faces from the Midlands boxing scene, who enjoy cameos in the independent UK flick.

A star-studded cast assembled to tell the tale of a tenacious fictional female fighter, Maggie Fitzgerald, who was hellbent on achieving her dream in the sport, before some questionable cornering at the hands of Clint Eastwood.

Arguably the most iconic fighting film, you’ll have a difficult time finding a fighter that didn’t take some degree of inspiration from the fictional southpaw, Rocky Balboa, who is played by Sylvester Stallone.

Whilst the debate about which of the six films is the best rumbles on, as a series Rocky is, without doubt, the heavyweight king of boxing films.

In what many describe as a real-life Rocky story, Mark Wahlberg plays Micky Ward in a brilliant biopic that tells the story of the much-loved Irish fighter.