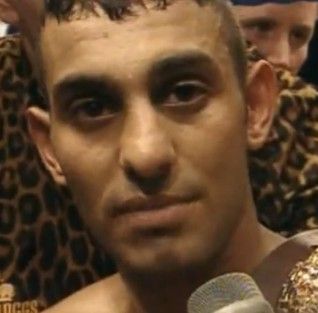 This fascinating documentary of a 22 year-old Naseem Hamed, was made in 1996, when The ‘Prince’ was at the top of his game.

Hamed is now revered as one of the best British boxers of the modern era.
The following text is the original promotion release for the documentary… Enjoy! 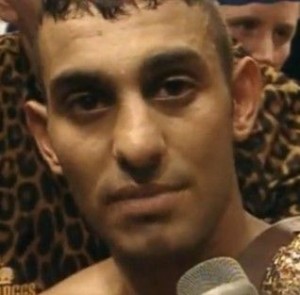 Naseem Hamed is a 22 year old from Sheffield and is currently one of Britain’s most prominent and wealthiest sportsmen. But how did it all start? In 1985, a class of eleven year old boys had been asked to give a talk to their classmates on hobbies. One by one they struggled to fill five minutes with descriptions of stamp collecting and football programmes. Finally, a slightly built boy dressed in designer sportswear swaggered confidently to the front. With a flick of the switch of his portable ghetto-blaster, the classroom was filled with pulsating hip-hop music.

“Even before I found boxing I was aware that great things were awaiting me.”

Without a word, the 4ft 6 inch boy spent five minutes pummelling the air with his fists in a display of shadowboxing which left the rest of the class speechless. Eleven years later the boy is a man and the schoolroom performance is now offered to a world-wide audience of hundreds of million. Naseem Hamed’s licence to thrill was issued at birth. With foresight maybe his Yemeni parents would have hesitated before they named him Naseem, Arabic for ‘gentle breeze’.
“I always knew I was going to be different to the others’, says Naseem. “Even before I found boxing I was aware that great things were awaiting me. But it hasn’t come overnight. What people don’t realise is that I’ve worked solidly for fifteen years to achieve this ‘overnight success’.
From the moment the seven year old Naseem Hamed walked into Brendan Ingle’s gym in Wincobank, Sheffield, he was hooked. Hooked on boxing and on the man who was to become almost a surrogate father – with the consent of Naseem’s close and loving family. The precocious boy and the maverick Irish trainer forged a partnership which has bought Naseem millions in pounds and the WBO Featherweight belt. Under Ingle’s watchful eye the young boxer trained seven days a week until the age of 12 years and 12 days – and weighing only 4st 2lbs, he had his first amateur fight – and first win against Grantham’s Peter Ironmonger.
He dazzled enough on that night to be named Fighter Of The Night and win the cup. When he wasn’t fighting, Naseem would settle down with Ingle for a night of classic videos – Ali, Sugar Ray Leonard, Hagler and Duran. Later, in front of astonished onlookers at Ingle’s gym, Naseem and Brendan’s son John would recreate the great fights – John playing the part of Hagler, Duran or Leonard. And Naz would always play himself. Naz’s extraordinary amateur fights as a 15 year old can be seen in superb and fast moving amateur footage exclusively recorded and used for Naz’s latest video.
This footage has never been seen before and gives a fascinating insight into the boxing of the boy who was to become a legend. His professional record stands at 23 wins from 23 fights with 21 of those coming from knockouts or stoppages. He’s built up a loyal, almost fanatical fan base with 10,000 from around the world joining the fan club which is run by his brother Nabeel. The atmosphere at his fights resembles a rock concert more than a night of professional boxing. His promoter, Frank Warren, has taken the champ around the British Isles so that as many of his fans as possible can see him in person.
The new Naz video – Licenced To Thrill features the highlights from all of his most recent world title fights since he won the title from Robinson in October 1995, as well as his most recent against Manuel Medina in Dublin. The video also includes footage of Naseem’s gruelling training regime as he prepares for the Molina fight on November 9 1996. The ‘fly on the wall’ footage in Naseem’s home and in his dressing room pre-fight provide an insight into the man himself. Naseem’s tremendous confidence is often mistaken for arrogance. If he appears dismissive of his opponents it’s because he knows inside his head and his heart that he cannot be beaten – he simply won’t allow it.

“Lots of people have asked me where my power comes from. All I can say is that it really is a gift from God”.

As his brother/manager Riath Hamed says in the video, ‘There are misconceptions about Naz. He is stereotyped as being arrogant and brash to his opponents, a little monster, but once his is outside the ring his own personality comes to form – he’s a regular guy.” Hamed is now universally regarded as the most thrilling boxer in the world – and potentially Britain’s greatest post war boxer. To confirm that opinion he has to beat the best in the world – and 1997 could be the year in which he unifies the Featherweight title. Naz is at his best in Licensed To Thrill, as Brendon Ingle says, “The only person that can beat Naseem is Naseem himself.” With Murad Hamed, Nabeel Hamed, Naseem Hamed, Hamed Riath.