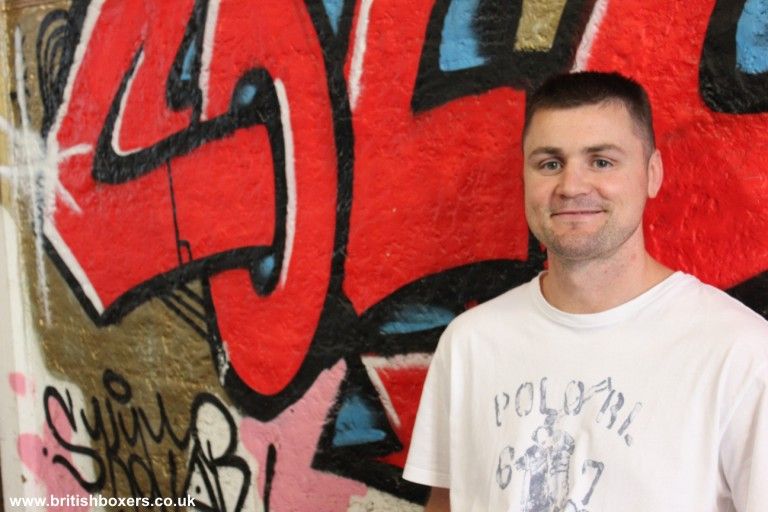 But now as a trainer ‘Tommy’ is well on his way, following in the footsteps of his mentor Brian Hughes, who ran the famous Collyhurst and Moston lads Club for 50 years.

Together with his boyhood hero and co-trainer, former British and European light-welterweight champion Pat Barrett, Tommy is giving back the dedication and guidance to the kids that walk into the gym, like he himself did aged eight.

McDonagh 31, turned pro on 9th October 1999, he was unbeaten in his first 29 fights, winning the WBU light-welterweight title against Eugenio Monteiro in September 2003 on points at the MEN Arena in Manchester. He made two successful defences of the title against Bradley Pryce and Barrie Lee, before losing the belt to Wayne Alexander on a split decision.

After that defeat McDonagh came back to go on a 8 fight winning streak that saw him defeat names such as Martin Concepcion, Yassine El Maachi, Jason Rushton and Max Maxwell. Sandwiched in between these fights was an unsuccessful English title challenge against Andrew Facey, which ended in a draw, meaning Facey held onto the belt.

In May 2009 McDonagh lost a British title eliminator against Sam Webb, 96-95.

But having narrowly lost that fight against Webb, McDonagh still got his crack at the British and commonwealth light-middleweight champion Anthony Small – on 29th November 2008, this proved to be his last fight before announcing his retirement.

Small, outpointed McDonagh to end his title ambitions and his ring career aged just 29 – Tommy admits to not being mentally prepared for his fight with Small, because at that time he had began training the other boxers in the gym and was splitting his time between coaching and preparing for Small.

He knew then that his career as a boxer was over, to be replaced by that of a trainer. Tommy ended his fighting days with a record of 40 fights, 34 wins and just 3 defeats all by decision, he was never knocked-out.

Tommy is now in his element as a trainer and has taken over the lease of the boxing gym, sharing the duties and responsibilities with Barrett, training the many amateur and professionals in the gym, some with Hugh potential

McDonagh says he doesn’t miss fighting and getting hit! But is totally committed to continuing the Collyhurst and Moston Lads Club tradition of producing champions and repeating the proud history of the gym that is ingrained in him.

Chris Maylett for BritishBoxers went to visit the always funny and charming Mancunian character at the gym above the Co-op building on Northampton Road in Moston, to speak to him about his new role as a trainer, his relationship with Pat Barrett and his future plans to continue the legacy of the gym. Full interview and gym footage video above.