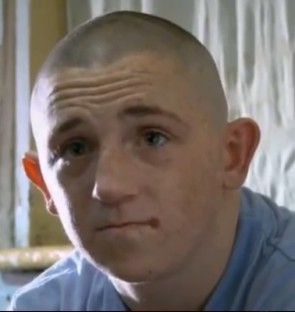 British Boxers In the Ring Q&A with James ‘Jazza’ Dickens 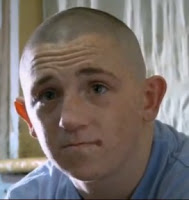 Unbeaten Super bantamweight prospect James ‘Jazza’ Dickens is a fighter in a hurry and one who is in love with a sport.
The former GB boxer went professional in January 2011 after turning his back on the amateur game and a possible place at the London 2012 Olympics to fulfill his ambition’s as a prizefighter.
The 21 year old southpaw from Liverpool is one of the most dedicated and disciplined boxers in the game and lives, sleeps and breaths boxing, but he doesn’t want any pats on the back for it!
He has racked up 12 wins on the bounce since his debut victory over Pavels Senkovs, and has had 5 KOs.He is so in-tune and focused on his goals. Jazza told us; ‘I don’t drink or party, so fight night is a night out to me.’ He always dreamed of being a boxer and as a small kid once built a boxing ring in his mams flat out of Tesco carrier bags and chipboard, he was always destined to be a pugilist.
A devote Christian, Jazza spends a great deal of his spare time helping out at a local homeless shelter. But, whilst all those idiosyncrasies add to the intrigue surrounding him, they shouldn’t overshadow the most important part of any professional boxers make up; James ‘Jazza’ Dickens can really fight and is rated by many has a champion  in the making.
“Any up and coming boxer would be expected to beat the opponents that the talented Liverpudlian has so far faced. What marks Dickens out as one to watch is the manner in which he goes about beating them.” Boxing writer John Evans said recently, when summing up the unbeaten scousers rapid rise up the rankings.
“From first bell until last, there is no sense of Dickens going through the motions or coasting. His attacks are varied, relentless and Dickens appears to relish every single second he spends in the ring. One of the most striking aspects of Dickens’ game is his sense of distance and timing. At times, he seems to float effortlessly in and out of range. The 2010 ABA champion also seems to have acquired the extremely useful knack of performing to his best when given his toughest tests. Tough Scot James Ancliff retired after two rounds whilst, in what could be considered his best performance to date, Yuriy Voronin was stopped in the fourth.
“When you add his undoubted raw talent and enthusiasm to the invaluable experience gained from being a member of the Great Britain amateur setup, incredible self discipline and an unshakable desire to do both himself and his supporters proud it creates a potentially potent mix.” added Evans.
We caught up with Jazzathis week to do our NEW ‘In the Ring’ interview Q&A for his Boxing Profile page on BritishBoxers.co.uk and to get to know a little bit more about him.
In the Ring Q&A – with Jazza Dickens

Jazza how did you get into boxing?

Who/what inspired you in the beginning?
I’d stay up till 6am watching black and white boxing videos on school nights

Best advice you were ever given?
Listen to your coaches – Franny Hand (former pro and friend)

Where do you train?
Everton Red Triangle

Who is your coach?
Paul and Mick Stephenson

The Funniest thing you’ve seen in Boxing?
Has too be Tyson Fury belting himself haha

Craziest thing youve read about yourself?
Someone commented on a YouTube video “he sounds like he’s getting ass raped”

Do you have a day job?
No job I have a sponsor (Avondale payroll services)

If you wasn’t a boxer, what would you like to be?
I like body building they are very disciplined in camp

Whats your best asset as a fighter?
Ability too adapt

What/Who inspires you?
My dads determination

Whats your Honey punch?
I don’t have a favourite hand I love to use them both

Best and worse thing about the boxing game?
Best thing is walking out too Salsbury Hill while my fans are supporting me. Worse is back patters and bullshitters

How do you deal with your pre-fight nerves?
I love the nerves, I don’t drink or party so fight night is a night out to me

What rule would you introduce/change in Boxing if you could?
I’d like to see 15 round fights and 2 or more fights in one night

Most memorable Gym moment?
Looking round the gym the first time I walked in and thinking “I wanna be champion of the world” haha

Best opponent you have sparred with?
Joe Costello always gives me a good one he’s got everything

Best prospect you have seen?
There’s some good juniors in the gym, Andrew Cain and Peter McGrail keep an eye on them

Best fight you have seen live or on TV?

Don’t go too many fights but I seen Mitchell vs Katsidis in West Ham and the David Price bills are great. Also was a proud moment too see gym mate Kev Satchel win British title on his undercard

If you could be ringside for one fight next year which one would it be?
I’d love too see Vitali Klitchko vs Jeremy Kyle ha

If the phone rang this afternoon with a Big fight offer, who would the opponent be and where?
Whoevers got the WBC belt now

Toughest Part of training?
Going to bed at 6pm and Jogging at 4am when it’s cold wet and dark. But builds mental fitness

Toughest Opponent you have faced?
My 8th amateur fight was against Stephen Jones from the Rotunda he was an honest fighter and a nice lad

Other Sports?
Snooker And Darts when it’s on the Tele (TV)

Would you be a Boxer if you started your life again?
Yes and the life after that! Boxing has been good too me

Favorite all time fighter?
I love Marvin Hagler he takes no shit (pictured)