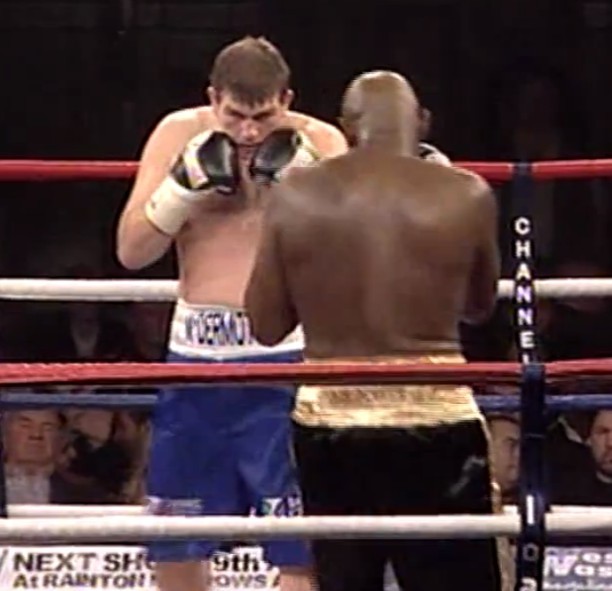 Big Bad John McDermott outpointed Matt Skelton to win the vacant English heavyweight title for a second time at the York Hall, Bethnal Green on Friday night.
McDermott, 33, outworked his older opponent from behind an effective jab over the 10 schedule rounds to take a unanamous verdict on all the judges cards; 97-93, 97-94, 97-94, to go some way to avenging his 1st round KO loss to Skelton in 2005.
Skelton gave it what he could and had success at times with his big right hands, but McDermott soaked them up and stayed focused and stuck to boxing not getting involved with the heavy handed Bedford man.
Skelton looked his years and found it difficult to get into the fight and eventually began to tire as the contest wore on allowing the Basildon man to cruise home to victory in what was a scruffy fight at times and far from a classic.
Former British, Commonwealth, European and WBU champion Skelton now 46-years of age has lost his last two fights having been knocked out by David Price in November, and now this defeat to McDermott may have Matt contemplating his future in the game.
But the man just loves to fight and we may see him putting in another shift soon, but the level he will be fighting at if he does would be below his usual standards and we would never like to see good guy Matt becoming journeyman canon fodder for up and coming talent. In 2008 Matt challenged Ruslan Chagaev for the WBA heavyweight title giving a good account of himself but losing on points.
Whatever he decides to do Matt Skelton has given British boxing many memorable nights, he always came to fight and after coming from a martial arts background and not getting into boxing and turning professional until he was 35, it is fair to say that ‘The Bedford Bear’ achieved great things in his career and can be proud of what he gave to British boxing.
McDermott becomes a two time English champion after this make or break fight, he rolled back the years to stay on course for a rematch with David Price and his dream of winning the British title. But what’s next for him? A English title defence against Dereck Chisora? Now there is an interesting matchup!