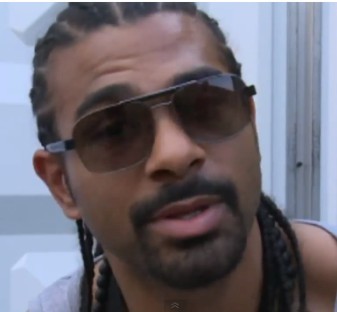 Haye’s Video Message to Fury: ‘Your Gonna Get Smashed’

David Haye says Tyson Fury’s going to get “smashed” when they meet in Manchester on September 28. It will be the biggest heavyweight fight on British soil since Lennox Lewis beat Frank Bruno 20 years ago in Cardiff.

Haye, 32, goes into the fight as the odds on favourite and says he sees this fight as a public service, after always being asked ‘when he will KO that Fury?’ There is also the fact that if he defeats Fury, then he will get another chance to fight for a world title. Haye knows he is up against a fighter with decent attributes but he is promising to smash the unbeaten Mancunian when they clash.

“He’s said he is going to smash me up, retire me, blah blah blah, but I’m looking forward to it, it’s gonna be fun, the world want to see see this fight, it’s the biggest fight in heavyweight boxing.

Haye then turned to the camera and delivered his message to Fury; “Tyson you are getting smashed come the 28th September, so I’m just letting you know whats happening.”

The 24-year-old Fury is unbeaten in 21 professional fights and has opted to face fellow British heavyweight Haye rather than fight Bulgarian Kubrat Pulev to set up a title shot against Wladimir Klitschko. A win against Haye though would not only swell his bank balance by a reported £5 million pounds, but would make him the hottest heavyweight property in world boxing and a sure bet for a world title fight anyway.