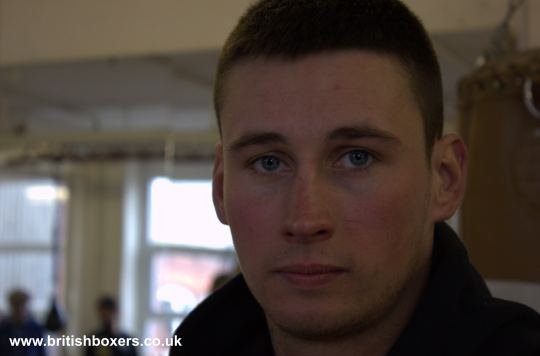 Manchester’s Prince Arron gets an unexpected European middleweight title shot against Ukraine’s Max Bursak at the Salle des etoiles in Monte Carlo tomorrow night. He was was originally in training to face Nick Blackwell, but says he is ready to take the opportunity given to him and cause an upset away from home.

Former British light-middleweight boss Prince Arron gets an unexpected opportunity to shoot his way into the world rankings after rebuilding his career since losing his Lonsdale belt against Brian Rose in December 2011. He has since had two comeback fights since moving up in weight. After the loss to Rose, Arron left coach Bob Shannon and for a short while was working with former boxer turned coach Stevey Bell, but has now re-joined old amateur trainer Joe Pennington, a local, quality old school coach, and is said to be looking the part in the gym and very powerful up at middleweight..

Champion Bursak is making the first defence of the crown he acquired by stopping France’s 34-2 Julien Marie Sainte in three earlier this year. The 29 year old champion Bursak, known as ‘The Tiger’, is rated in the top half of all the major sanction boxing organisations and has lost just once in a 28 fight professional fights dating back to June 2004.

It is a tall order away from home for Arron, 25, but he goes over to the south of France confident and ready to get his once promising career up and running again. Arron, enters as a rank outsider but, at 6ft 3in tall, he’ll enjoy sizeable physical advantages and believes if he can use his attributes to beat Bursak and has trained hard for a fighter he knows is a quality fighter, but he is ready to take this unexpected chance.

“I was actually preparing for a British title eliminator with Nick Blackwell when I got a call from (manager) Tommy Gilmour offering me this.” Arron told Glynn Evans.

“I’m not sure what Tommy did and I’m asking no questions, I’m just very grateful to him.”

“I’ve watched bits of him (Bursak) on You Tube. He’s about 5ft 11” tall so quite a bit shorter than me. He’s pretty well schooled; an aggressive, come forward type. But those are the type I like. They allow me to show my boxing off and they walk onto my shots.

“Prep’s gone really well. I’ve given it maximum effort. I’ve had some great sparring yet, no lie, I’ve been running out of partners because I’ve been knocking ’em all out. I’m 25 now, peaking mentally and physically. This is my time to shine. I’m very grateful for the opportunity.”

The fight is being shown live on BoxNation from 6pm