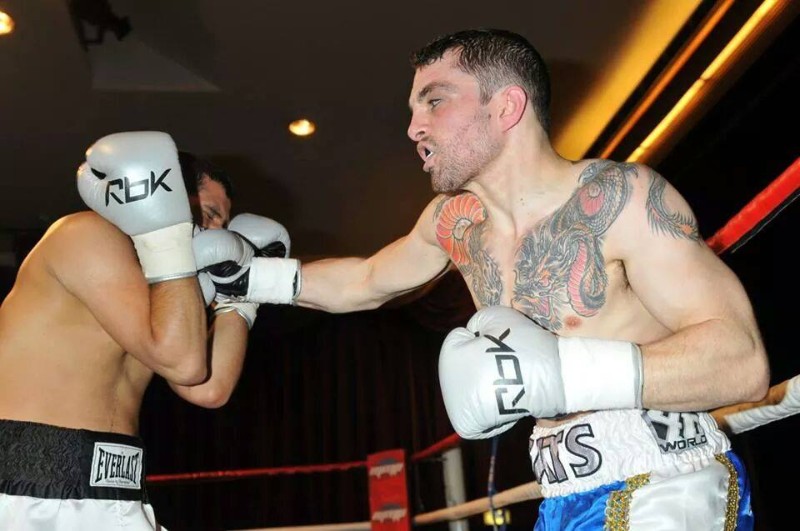 Former British and Commonwealth champion, Esham Pickering has pulled out of the scheduled fight with unbeaten prospect, Andy Gatenby due to take place on September 20th on the Goodwin Sports promoted show, ‘The Changing of the Guard’ in Portsmouth.

It is still unclear as to the reason why the seasoned veteran had made the decision to back out and the disappointment was evident to see in the TRAD TKO fighter, Andy Gatenby’s statement, “Yeah, I was gutted, I trained really hard for that fight. It was a big step up in opponent and would have looked awesome on my CV.”

This fight for the featherweight Andy Gatenby 5-0-0 would have undoubtedly been a huge step up in class for the unbeaten prospect having racked up five straight wins so far since his professional debut in February last year.

38-year-old seasoned veteran and World title challenger, Esham Pickering 34(13)-11(2)-0 had enjoyed a long reign at the top as Britain’s number one super bantamweight collecting the British, European and Commonwealth titles at that weight. His recent loss to Craig Poxton in May this year was his first fight back since retiring four years ago.

The venue, Pyramids Centre, Portsmouth gives Gatenby the advantage of being the home fighter despite training in London, Swindon and Derry Mathew’s gym in Liverpool. “I’m delighted to be fighting in Portsmouth, my home town. I have to say a big thank you to my fans for getting behind ‘Team Gats’. They’ve been great supporting me and buying tickets, without them it would have been impossible for me to progress to this stage.”

Headlining fight on the Goodwin Sports promoted show is between lightweights Garry Neale 6(1)-0-0 and Andy Harris 3-16(4)-1 as they battle it out over six rounds.

Local lad, Floyd Moore 10(7)-4(2)-1 takes on Dean Mills 7(3)-10(3)-2 at lightweight. The 24 year old, Floyd ‘Pacman’ Moore is looking for a win to get back into title contention after conceding his Southern Area lightweight belt to Adam Dingsdale last June.

The 19-year-old bantamweight, Thomas Kindon 1-0-0 looks to double his win ratio after successfully launching his pro career with a debut win in June over Francis Croes 1-28-0. The Surrey lad takes on seasoned journeyman, Anwar Alfadli 2-44(4)-4 over four rounds.

Andy would like to thank his sponsors, Kellcon Construction Ltd www.kellconconstruction.co.uk  and Ian Rowley. Also, thanks to his employer, Servio for allowing time off to train. Lastly, thanks to his PR Manager, Tim Rickson.