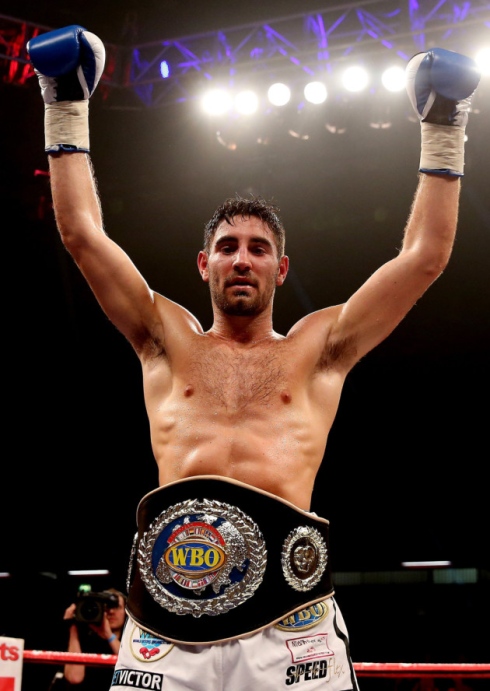 Frank Buglioni’s trainer Steve Collins has spoken of his extreme confidence in his charge’s ability to win the WBA Super – Middleweight crown tonight when he takes on the heavily favoured Russian champion Fedor Chudinov at the SSE Arena in Wembley tonight.

Collins, himself a two weight WBO World champion, has even proclaimed he feels the Enfield fighter will score a stoppage in his bid for victory.

Speaking to Sky Sports, Collins said: “I’m very confident. I’m not a dreamer, I’m a realist and the fact is Frank is talented enough and good enough to beat any super-middleweight in the world. Right now – where Frank Buglioni is – there are very few guys in the division that can go 12 rounds with him.

He’s been living in training camp in Dublin and is surrounded by world-class fighters. He’s been eating, drinking and sleeping boxing and he’s ready to lift the belt on Saturday.”

Chudinov will not lay down without stubborn resistance and appears to possess cannon – like punching power; with 10 of his 13 wins coming via KO.

Buglioni’s detractors will point towards this when arguing against the challenger, undoubtedly utilising Buglioni’s loss against Sergey Khomitsky in 2014 as a sign of the vulnerability of the Briton’s chin.

More recently, Buglioni struggled to a split decision victory over forthcoming Commonwealth title challenger Lee Markham – a fighter who has yet to  traverse beyond domestic level.

Collins’ confidence could indeed be misplaced, though in the interests of British Boxing, I certainly hope not.