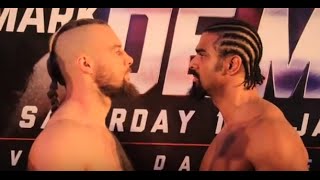 His opponent tipped the scales at 17st 5lb, over a stone more than the Brit.

WATCH HAYE vs MORI, LIVE and FREE HERE from 9pm ON THIS SITE