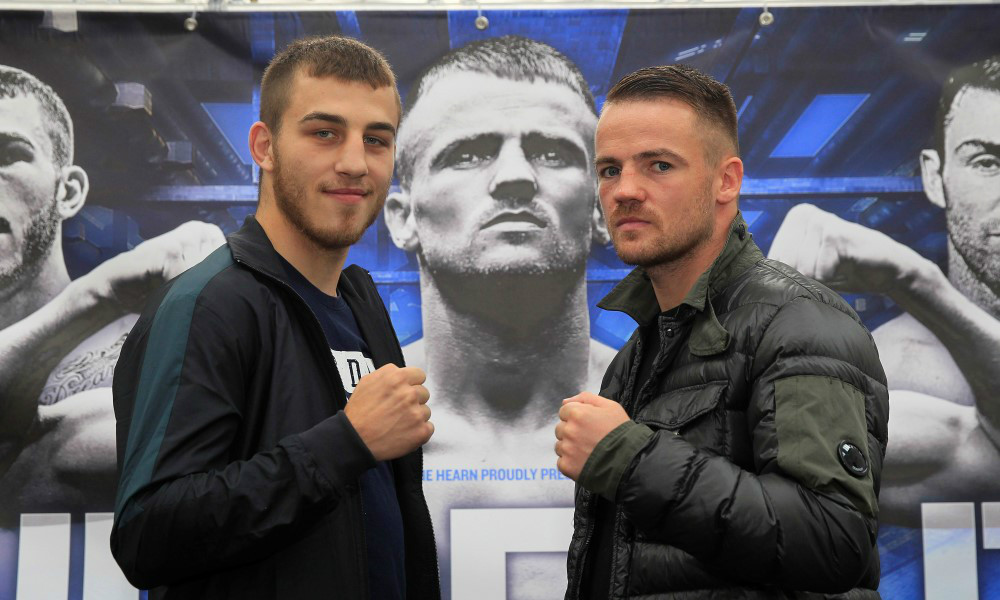 GAVIN AND EGGINGTON READY TO SET UP OCTOBER SHOWDOWN

Frankie Gavin and Sam Eggington return to action at the First Direct Arena in Leeds on Saturday, live on Sky Sports, and the pair ready to set up their long-awaited showdown in the autumn.

The pair were set to meet in Birmingham in October but injury ruled Gavin out of the clash – a date for the clash is now proposed for this October in Birmingham as both men return to the ring in six round action in Yorkshire this weekend.

Eggington is looking to get back onto the title trail after surrendering his British and Commonwealth Welterweight straps to Bradley Skeete in March, and ‘The Savage’ wants the clash with Gavin to pave the way to retaining those belts.

“The Gavin fight is a tough one,” said Eggington. “I can either wait a year, have a few fights which are good fights but would be paving the same path or I can fight Frankie, beat him, and I am back to where I was before I lost to Bradley Skeete. I am all about the fast route, the quickest route back to where I was, and a win over Frankie puts me back there.

“I would love to win the British title outright but I want the rematch with Bradley more than anything. Beggars can’t be choosers and I am going to have to work my way back up and if it comes again hopefully it would be a different outcome.

“You could say the Frankie fight is bigger with it being a local derby in Birmingham – it will be a bigger fight for the fans.

“We have done a few rounds sparring a while back, and I used to train at his gym for a while, although not with Frankie. We do know each other in general but we are not close friends or anything.

Gavin returns to action for the first time since challenging Kell Brook for the IBF World title in London last May, with issues outside the ring forcing him onto the side lines. ‘Funtime’ has teamed up with Max McCracken in the time out and says he’d have too much for Eggington as he looks to get back into title contention.

“I really can’t wait to get back in there,” said Gavin. “This has been the toughest part of my career so far. I’ve been out of the ring 15 months now, there has been a lot going on outside the ring with my team.

“I’ve linked up with Max, I’ve known him for years, but we had only spoke for a matter of minutes before I went down the gym for my first session with him. We clicked immediately – Max tells you exactly how it is, he doesn’t mince his words and I respect that.

“I was ringside in March for Sam’s fight against Bradley – it went exactly how I predicted it would. I knew that Skeete would win comfortably – he didn’t step out of second gear. Sam can fight and is a tough kid but boxing-wise he is technically poor. I’m very confident ahead of that fight.

“Once I beat Sam, I just want the big fights, that’s the stage of my career I’m at. I’ve had a World title shot and I’d love another crack. That is my sole focus or to face a massive international name in my division.”

Eggington and Gavin feature on a huge night of action in Leeds as hometown favourite Josh Warrington defends his WBC International Featherweight title against Patrick Hyland.