Ricky Hatton proud to have trained his first world champion 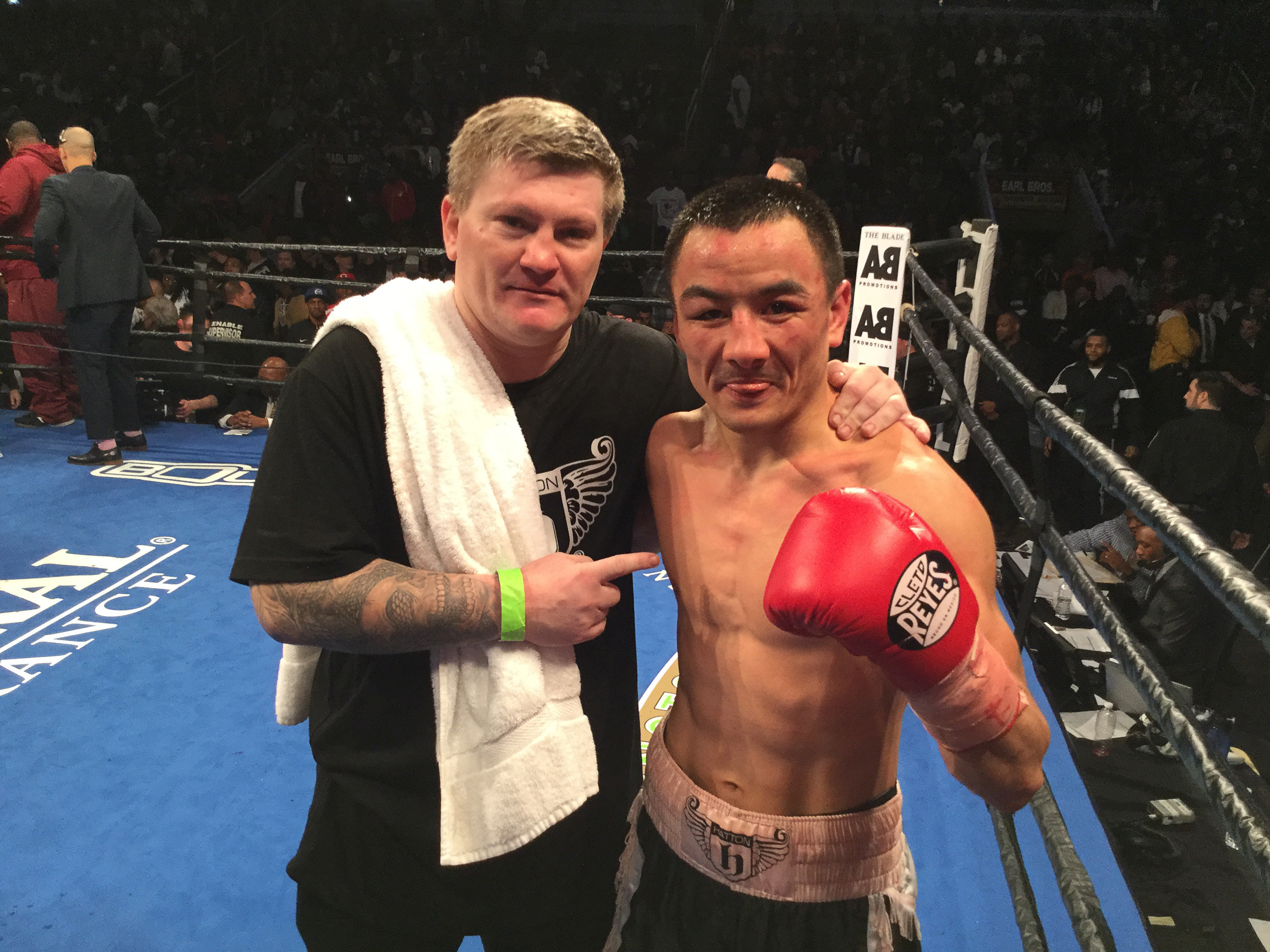 The Kazakh rallied after suffering two knockdowns in the first round to take the WBA and IBO bantamweight crowns in front of a large and hostile crowd at the Huntington Center in Toledo, Ohio.

Told to up the pace by Hatton in the corner, Zhakiyanov relentlessly pressured Warren from the second round onwards and connected regularly with heavy blows to the head.

It was a herculean performance that will inevitably draw some comparisons to the way Marcos Maidana defeated Warren’s friend and promoter Adrien Broner in 2013 as well as Hatton’s own epic victory over Kostya Tsyzu.

Warren, a two-time Olympian and former world amateur champion, was being groomed for stardom and still has a bright future ahead of him, but his flashy work did not deter Zhanat’s charge to glory. 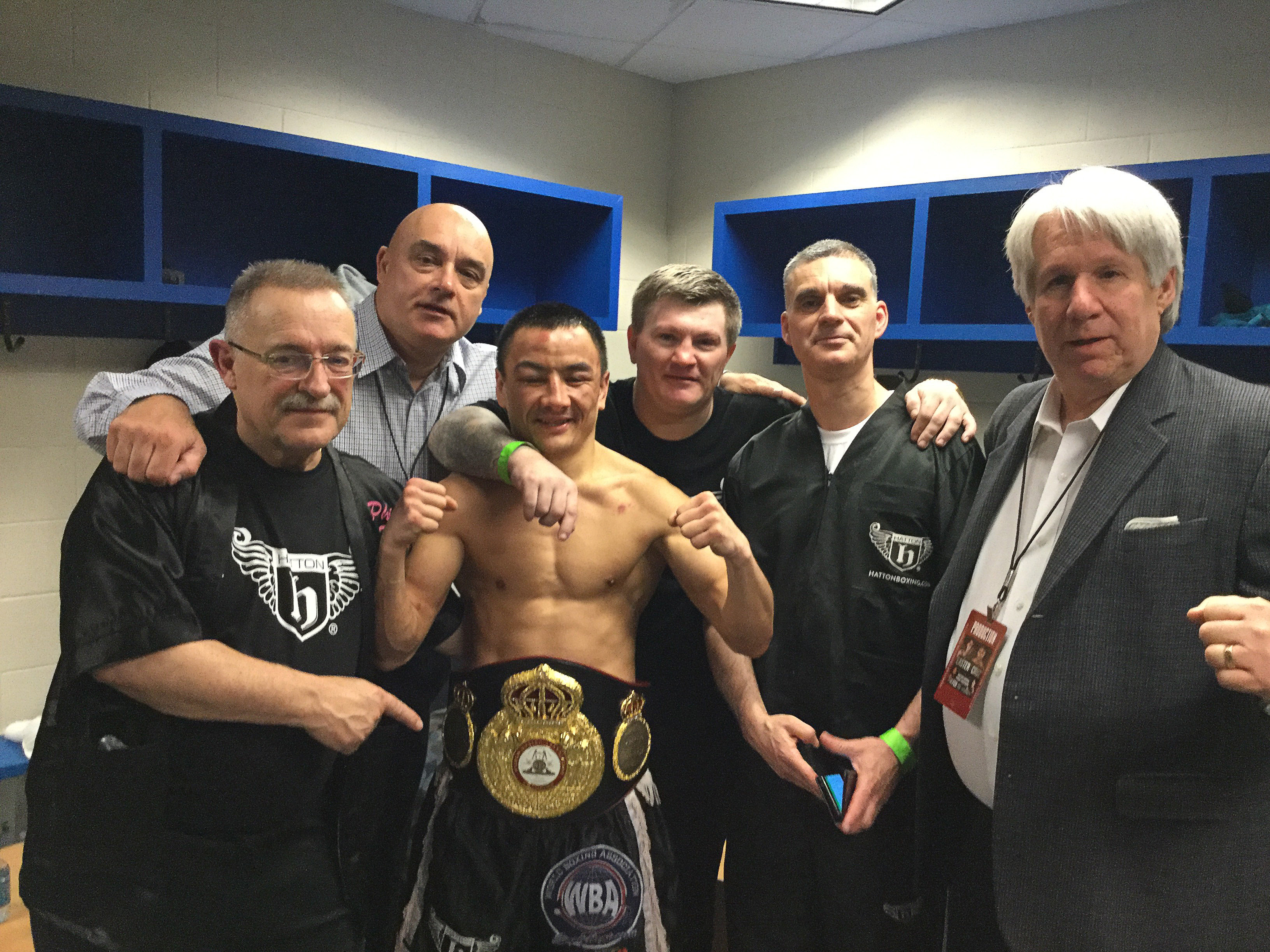 Judge Larry Hazard Jnr scored the bout 111-115 in the American’s favour. He was, however, overruled by John Stewart and Brian Kennedy who posted scores of 115-111 and 116-110 respectively.

Zhakiyanov has been training with Hatton at his gym in Hyde, Greater Manchester since 2013 and ‘The Hitman’ always felt he had a world champion on his hands.

“I’m very proud of Zhanat,” Ricky said. “He’s been with me a number of years and I always knew he’d be a world champion.

“It was similar to the Kostya Tszyu fight in that we knew he wasn’t going to out box Warren due to his natural talent and speed.

“I knew he would lose some of the early rounds, but if he kept on at him and kept him working, I knew our time would come down the stretch

“Having said that, nothing could have prepared me for what happened in the first round. Zhanat got through it and ultimately the tactics worked as he did start to get to him down the back stretch. He dug deep like champions have to do and that’s why he has that world title belt around his waist.

“We have a good training team behind us in myself Mike Jackson and Blain Younis and I believe more champions will follow.”