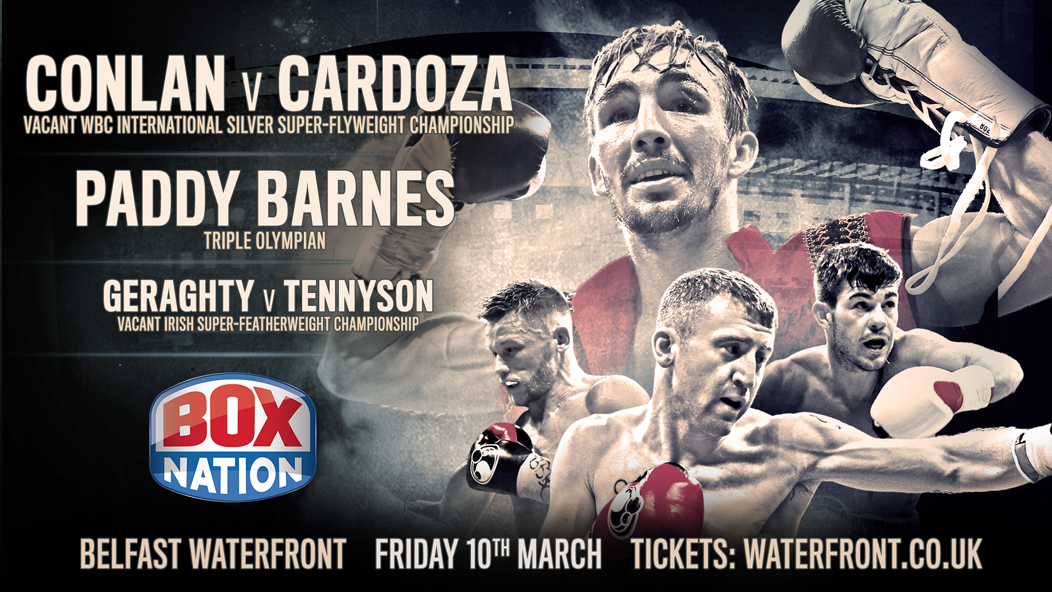 Last Sunday, Glynn Evans caught up with the 25 year old middleweight – a former ABA champion and European Championships rep – to hear his story.

You’d have been a rare dark face growing up in the northern market town of Darlington. Did that present difficulties?
A bit, yeah. I’m also fourth youngest of 11 -six girls, five boys – so it was quite a rough upbringing.

There were only about five black families in the whole area so I had a few (racial) problems. It didn’t help that my dad had a reputation as a hard man so we kind of got picked out by local lads looking to make a name for themselves.

I was a quiet kid, certainly didn’t look for bother,and it took a lot to rile me. But I could always stick up for myself.

When did you become involved in boxing?
When I was 10, I went the boxing gym for a couple of months but you couldn’t compete until you were 11 and I got bored with just training.

I gave it another go when I was about 17. I started out at the Darlington club but, after about three years, I moved to the Stockton ABC where I won 11 of 12 (bouts) under Imran Naeem who coaches the Leather twins (unbeaten pros Josh and Kalum). Then the Darlington gym moved to walking distance of my house so I thanked Imran for all his help and returned there.

What did you achieve in the amateur ranks?
I only ever boxed as a senior but crammed in 68 bouts with just 15 losses. I got to two English ABA finals losing on points to (2014 Commonwealth Games champion and 2016 Olympian) Anthony Fowler in 2014. Fowler was flying at the time, knocking everybody out and even my friends wrote me off, expected me to get stopped. But I gave him a real fight. Only experience beat me.

A year later, I beat (unbeaten pro) Jack Flatley to finally win the crown.  The same year, I won the Three Nations gold and made the quarter-finals of the European Seniors in Bulgaria. I also fought in Miami, Finland, Denmark and Uzbekistan.

I spent two years with the Team GB set-up, up in Sheffield, which really brought me on as a fighter and, being away from home, matured me as a person. And I did well, jumped at all the chances offered to me.
I had four five round fights in the World Series of Boxing against some of the best amateur boxers in the world. I fought the (2016) US Olympian Charles Conwell in Florida and twice boxed Arlen Lopez, the Cuban who won gold at Rio (Olympics). He was also world champion at both junior and senior level and was easily the best I ever faced. He had everything; fast, elusive, could switch, could punch….

The experience of fighting in the WSB should certainly accelerate me through the professional ranks. The kids I fought in the amateurs were definitely more talented than the pros I’ve fought. My team are talking about fast tracking me sensibly.

Why did you choose to forsake Elite level funding with the Team GB set-up to gamble on a pro career?
I felt I’d learnt all I could in the amateurs and the pros were the next natural step. Several friends recommended MTK (Matt Macklin’s Mack The Knife Promotions) to me, saying they’re genuine people with a reputation for looking after their fighters well. So I decided to give it a go.

At the moment, I train in the north-east because my coach Andy Marksby has a job outside of boxing but, in time, I’d like a couple of camps over at the MTK set-up in Marbella. Getting decent sparring is a struggle and I have to travel to Sheffield, Leeds, Manchester, Derby, Birmingham…but I’ve had decent work with the likes of John Ryder, Anthony Ogogo and Scott Fitzgerald.

Late last year, you kick started your paid career with a third round stoppage of a Bulgarian import in Edinburgh, followed by a four round shut-out of Manchester’s Yailton Neves in Durham. How did you assess those performances?
After what I achieved in the amateurs, there was a lot of weight on my shoulders to blow my opponents away. The Bulgarian was quite a bit heavier than me but eventually I managed to get him out of there. The second one kept moving on the back foot and made it through. I just need to close the distance a bit quicker. I was happy enough but I’ll get better.

What qualities do you possess that fans can look forward to?
Above all, I train hard, never cut any corners. I’m physically strong and I hold a good shot. As I progress, the longer fights will suit me. I’ve a good engine and I’ll wear people down. I need to tighten up my defence but I’m coming on loads every spar.

How do you pass your time away from boxing?
I like to walk my dogs. I’ve seven (!); three Chihuahuas, two Jack Russells, a whippet and a Pomeranian puppy. I used to breed them.

What are your short-term goals over the next 12 months or so?
I just want as many fights as possible and to keep my winning streak going before thinking about titles in 2018. I’d like to go the traditional route; English, British and Commonwealth…

It’d also be good to get a bit of a buzz going in the north-east. Stuey Hall (Darlington’s former IBF bantamweight champion) is a mate – we go running together – but, growing up, I didn’t really have a local boxer to look up to. My hero was Mike Tyson.

In addition to myself, there’s Martin and Tommy Ward from Durham, plus the Leather twins and Joe Maphosa from Middlesbrough way. We’ve the potential to put on cracking shows.

Finally, what can the Belfast fans expect to see from Troy Williamson inside the ring at the Waterfront Hall on Friday night?
Excitement and explosiveness! Training’s gone great. I feel sharp, the best I’ve ever been and now I just can’t wait. I’d love my opponent to come and have a go, rather than just run or cover up, so I can show my best.