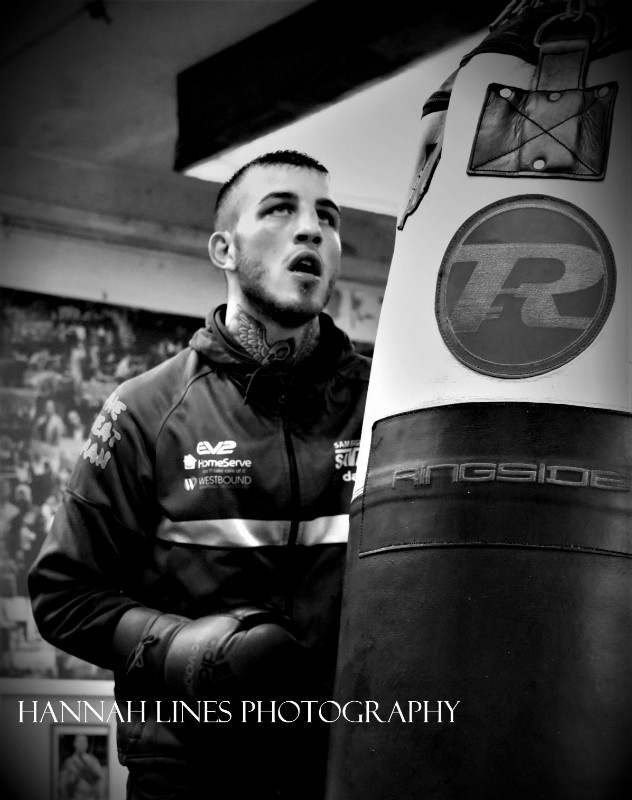 This weekend, on May 13th, Matchroom Boxing are hosting “The Homecoming” at the Barclaycard Arena in Birmingham. Headliner Khalid “Kal” Yafai (21-0,14KOs) is set to face Suguru Muranaka (25-2-1,8KOs) for the WBA Super Flyweight World Championship. The undercard of the event proves to be an entertaining night of boxing, with Frankie Gavin (23-3,14KOs) and Gamal Yafai (11-0,4KOs) stepping into the ring. However, what I am keen to see is the bout between Sam “The Savage” Eggington (20-3,12 KOs) and Ceferino Rodriguez (24-1,12KOs). The two are fighting for the WBC International Welterweight title, as well as the EBU (European) Welterweight title. Writes Hannah Lines.

Rodriguez “Ferino V” has won his last six fights since his loss against Mohamed Mimoune (18-2, 2KOs) in April ’15. Mimoune has since shown an interest in whoever is victorious of the two fighters on May 13th. Rodriguez’s last fight was at the Gran Canaria Arena in Spain in December last year. He fought Ahmed El Mousaoui (25-3-1,6KOs) in a twelve-round bout for the vacant EBU (European) Welterweight title. He won a split decision from the judges and is now facing Eggington for his first defence of the title.

Eggington has had his fair share of upsets in the past. His loss to Bradley Skeete was a huge disappointment and one that may have shaken other boxers in his position. Sam, however, continued to learn, train and adapt. He learnt from his mistakes and has since proven his worth as a formidable Welterweight fighter.

We last saw Eggington at the O2 Arena on 4th March, going toe to toe with, Paulie Malignaggi (36-8,7KOs). After eight rounds of superb boxing, Eggington took Malignaggi down with a powerful body shot. What resulted was the end of one great boxer’s career, with Malignaggi announcing his retirement soon after, and the beginning of another. Sam considered the win against the Brooklyn champion a huge night in his professional career and told us last week “It was a mad week…It was a great experience all in all”. The two have kept in contact since and Malignaggi has even given him some pointers on Sam’s next fight with Rodriguez. Earlier in the year there were talks of Paulie facing Rodriguez himself for the European title and so he has done his research. 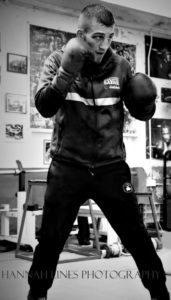 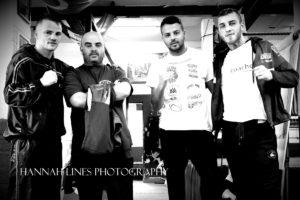 Criticisms of Sam being a “brawler” are set to be abolished if he continues on the path which he’s taken in his most recent fights. He has shown that he can learn from his opponents before and during the fight. His ability to take a few blows, to relax his opponent’s technique, is no longer necessary, despite it being one of his main intrigues from a fans perspective.

Malignaggi spoke after his loss to Eggington on March 4th. In his ringside interview with Sky sports he said that he could see Eggington improving as the rounds went on. He takes away the “silver lining” from this, his last fight, stating, “I’m the kind of opponent that makes it better, makes a young fighter better” and “if I’m not gonna win the fight, I’m glad I at least played my role in his progression”.

Sam also spoke ringside about Malignaggi’s flurry of shots towards the end of the sixth. What might have been initially perceived as Paulie taking the upper hand, was actually Eggington’s compulsion to feel his opponent’s durability following a powerful punch. Many have criticised this technique of giving the other fighter “free shots”, in order to establish his own ground. Sam told Sky Sports “I’ve done it before, I’ve let a few people in, but I let Paulie in and he caught me sweet and you know, I’ve got to learn not to do that”.

Last week when speaking to Jon Pegg, he said how difficult it is, in Sam’s corner, to watch him test his opposition like that. “It’s a bit of a flawed genius and that’s why people like him – because he’s human….It’s not great as a trainer- it’s horrible, but it’s part of his make up. We are trying to iron it out and he himself knows it”

Sam’s team are confident in his abilities to perform well on Saturday and take the lead when it comes to researching his opponent’s previous fights. Sam doesn’t like to watch anyone that he is set to meet, as they all look good in the footage, but Jon and the team have scrutinised Rodriguez’s history and have given Sam his game plan. When asked if he thought that Sam wasn’t necessarily in for a hard night, Jon said that because it’s a title fight it will be tough, but because of Sam’s style, a tough night means a positive outcome.

I believe that Sam Eggington is set for great things and winning the European belt could move his career to world level in the next year or two. It is clear that Rodriguez, as the title holder, is going to give a good fight, but as Jon says, “Once Sam gets in to a tough fight, you’re not beating him”.