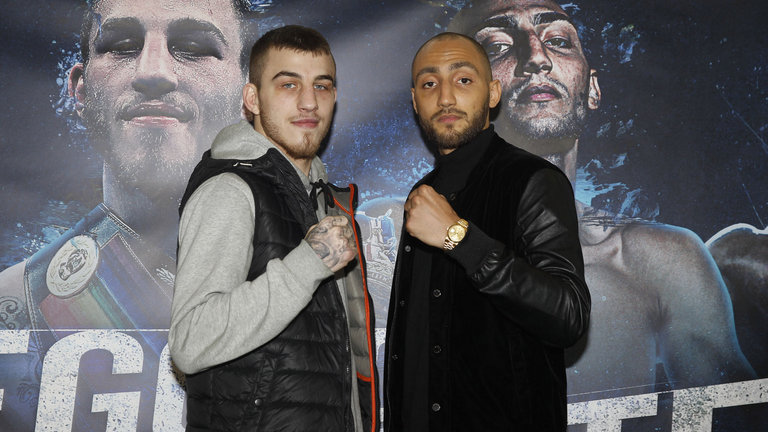 Bradley Skeete has told Sam Eggington he’s ready to outbox and outfight him to rip the British and Commonwealth titles away from him at the Genting Arena in Birmingham on Saturday night (March 5), live on Sky Sports.

It’s Skeete’s second crack at the belts and the second time he’s faced a fighter from the second city after taking on Frankie Gavin in his first tilt at both titles in November 2014.

The London stylist feels he’s better suited to land the belts this time around, and he’s prepared to go to the well to take the belts from ‘The Savage’.

“At the press conference they said it was a boxer versus brawler fight,” said Skeete. “It is a fight and if I need to box I will box and if I need to fight I will fight. It is all about what happens on the night. I have put the hard work in in the gym, I will have the tactics right and on Saturday night see what goes down.

“Sam has done it the hard way, he has come up from the bottom getting the wins he needs to get and beating some good guys on the way and now he is the holder of the belts I want. He is a good fighter, a tough fighter, and I am expecting a tough, hard fight. A 12 round fight is a long time and I am, sure there will be stages in the fight where I am going to have to fight.”

Skeete’s clash with Eggington is part of a huge night of action in Birmingham where Kal and Gamal Yafai face crucial nights in their blossoming careers.

Tickets are on sale now priced £40, £60 and £100 available from www.theticketfactory.com. VIP tickets priced £150 are available exclusively from www.matchroomboxing.com