The Boxing Trade Show: Dave Allen on what’s next for him, ‘Instagram boxers’ and Danny Williams 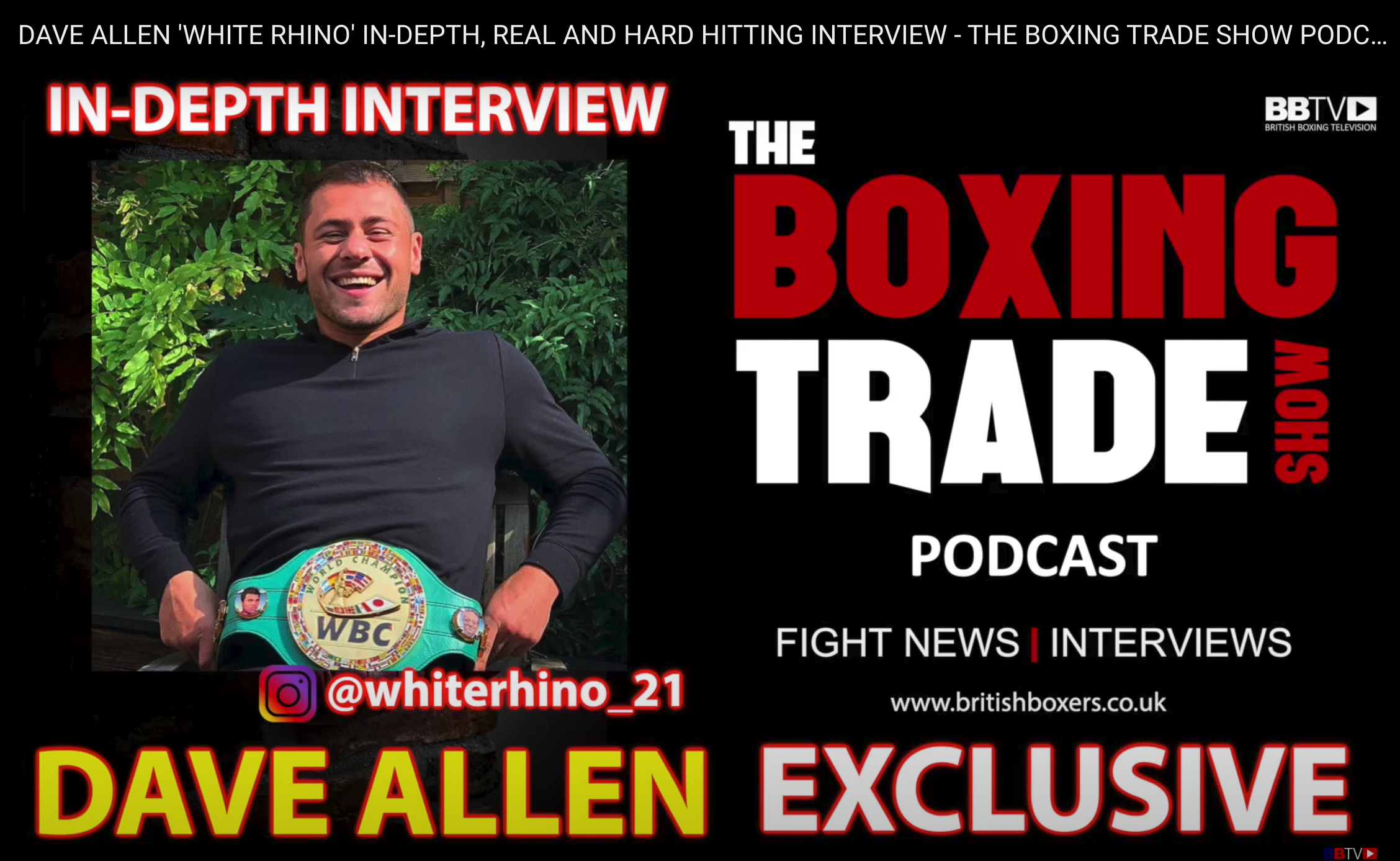 With an endearing character outside of the ring and an obvious desire to help younger fighters breakthrough in the sport, Dave Allen has built an avid fanbase as he’s progressed in the pro game.

He has shared the ring with some of the most dangerous fighters in the division at the moment and notched up some notable knockout wins in the process.

In the fourth edition of BBTV’s newly launched podcast ‘The Boxing Trade Show‘, Allen spoke in depth about his future in the sport and what has led to a rejuvenated outlook.

He also underlined his concerns for Danny Williams, who suffered defeat in Germany at the weekend, revealing ambitions of forming a boxers’ union to help support those that struggle after retirement.

To listen to the full episode, check out the video below: