Ringside report: Dave Allen gets serious! Plus undercard round-up from the O2. 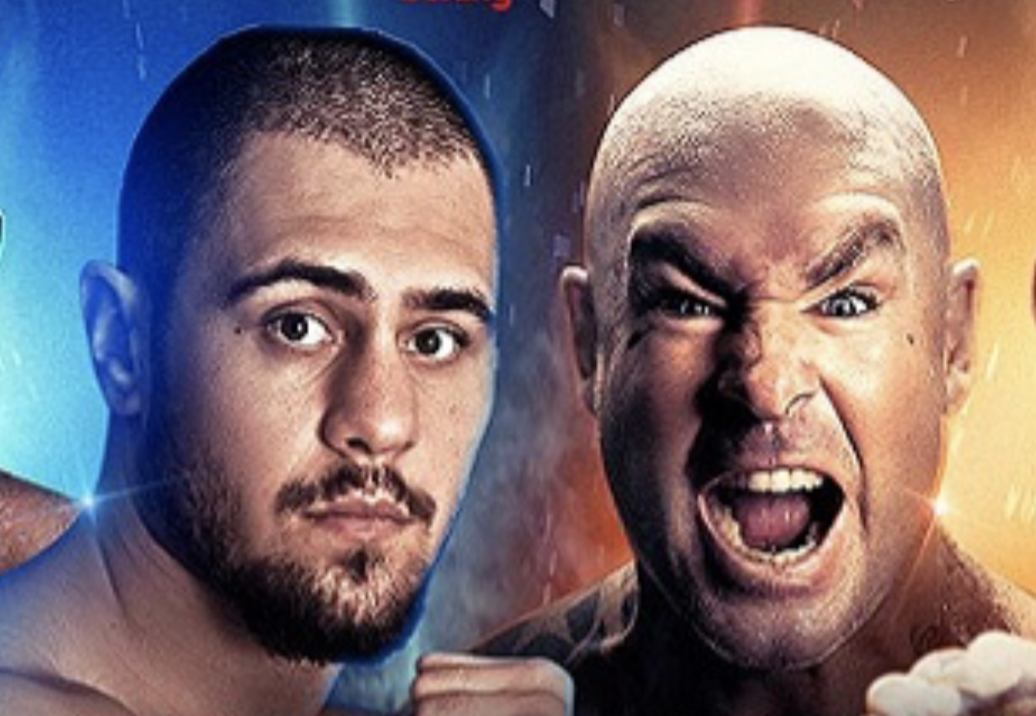 Once again the O2 Arena was the setting for joyous scenes under the Matchroom banner as resurgent heavyweight David Allen (17-4, 14 KOs) scored the best win of his career so far against Australian veteran Lucas Browne (28-2, 24 KOs) to the delight of the thousands in attendance. A refreshing victory in many ways, not only for the possibilities it opens for the winner but also as a reminder that boxing does not necessarily need more or less reputable alphabets baubles on the line to be meaningful. This is a victory in life as much as within the ropes for a fighter that had been written off too soon, in spite of being only 27 and having lost to proven world level opposition in 2 occasions out of 4, including a possibly too quick stoppage away from home. A perfect high note to end the night after a series of bouts of alternate quality.

It was up to Conor Benn (14-0, 9 KOs) to open the show in the televised portion of the show against 32 years old former Czech Super Lightweight champion Josef Zahradnik (10-3, 5 KOs). The son of The Dark Destroyer started the bout working patiently behind the jab for the first two rounds. Zahradnik found some openings to the head with straight punches but did not have the power to keep his opponent at bay. Benn used feints to create space for his right hand in the third making Josef weary of his power and stepped up the tempo in the fourth putting the Czech fighter under siege with good body shots, but still getting tagged occasionally although countering immediately and effectively with right hooks and crosses. Zahradnik tried to match fire with fire in the fifth having some success with his own right hand in exchanges at close quarters. They remained in the pocket for the next session where Conor landed the more telling blows but Josef proved resilient and survived the onslaught. Benn went for the kill in the next round after cutting the opponent in half with a left to the body that resulted in a knock down to his favour and repeating the same shot several times before ending the session with a massive right hand. Still Zahradnik stood up to the punishment and fought back. More of the same in the final round with the bout ending in an 80-71 decision for The Destroyer. Conor had not fought since last July due to a hand injury and used the time off to work on defence but while we did see some improvements in terms of head movement and composure, Zahradnik was able to land more punches than he should have and that could have been a problem if actually had power. A British title shot would be still premature at this point. See how sports betting odds stack up for future bouts.

Commonwealth Lightweight champion Joe Cordina (9-0, 7 KOs) entered his challenge for the vacant British title against Andy Townend (22-5, 14 KOs) having also been inactive since August due to a hand injury. It looked like a balanced match on paper with experience on the side of Townend, who won English and Commonwealth titles in the Super Featherweight division, where he also challenged unsuccessfully for the Lonsdale belt. Andy started fast pressing the fight for the first three rounds and trying to keep Cordina busy with a high volume output but Joe, naturally the bigger man, kept him at bay with stiff jabs taking his time to figure him out. By the fourth, Townend had slowed down while Cordina looked fresh as a daisy and tagged his opponent at will with a barrage of unanswered shots. His dominance continued in the next two rounds where he regularly beat Andy to the punch, almost toying with him. A sustained attack on the ropes put Townend down for the count in the sixth then a right hook to the body ended proceedings at 2:51 of the same round making Cordina the unified British and Commonwealth Lightweight champion in a flawless display of skills and strength.

Josh Kelly’s (9-0, 6 KOs) defence of the WBA International Welterweight title against tough and game Przemyslaw Runowski (17-1, 3 KOs) turned out to be a lot harder than expected. The gap in levels in Kelly’s favour was blatant in the first round where he easily scored head and body shots while showboating and playing around with his hands low and nothing coming back at him. The previously unbeaten Runowski started throwing punches in the second but left himself exposed in the process and ended up being counted after a sustained attack from Kelly. Entering the third, Josh seemed to favour entertainment over effectiveness as he lied open on the ropes allowing Przemyslaw to get back into the fight and catch him with a 1-2 combination. Unfortunately, this became the pattern of the fight. Kelly never got out of first gear and although his dominance was never in question he let his opponent survive the distance and land more than necessary, also getting cut under the left eye. To his credit, Runowski never stopped trying and kept coming back as hard as he could in spite of touching down again in the ninth, where he also suffered a blatant low blow, and tenth round when Josh connected with left hooks to body and head to secure a 100-89 and 100-88 twice decision in his favour. We have to assume that Kelly wanted to put some rounds in the banks ahead of his next assignment on Joshua’s undercard in New York but this type of tactics is risky and overall made for a boring fight.

In the build up to his Heavyweight bout with Derek Chisora (30-9, 21 KOs), Senad Gashi(17-2, 17 KOs) claimed to have visualized the fight in his head ten times, nine of which ended with a decision in his favour and the tenth by disqualification. In reality, his promise to go to war with War himself proved void as he did his best to survive engaging as little as possible. Making his debut under new trainer Dave Coldwell, Chisora looked focus in the first three rounds where he concentrated his attack to the body of Gashi. Although having some success in sporadic exchanges on the ropes, the Germany based Albanian fighter chose to keep running around the ring and by the fourth his output was almost non-existent. While still winning the rounds for aggression, Derek appeared to grow more and more frustrated and unable to cut the ring effectively as the fight went along with very little landing for both. The tenth and final round was probably the most successful for Chisora as he figured out in which direction Gashi was going to run away and anticipated him, also catching him in the middle of the ring with a couple of good right hooks. The bout ended with a wide if unsatisfactory win for the former European, British and Commonwealth champion by scores of 100-90, 100-91 and 99-91, surely scrapping the possibility of a fight with Joshua. Nevertheless, we should have learned by now not to write Chisora off and look forward to see what happens next in packed domestic division. visit website for more information on sports betting odds.

Finally, it was time for David Allen to walk to the ring and literally raise the roof capping the night in spectacular fashion in a genuine 50-50 cross road fight against Lucas Browne. It was short and sweet. Browne swiped the first 2 rounds showing a good variety and volume of punches that made the crowd worry Allen might have taken a step too far and be outclassed. His output was economic and restricted mainly to the jab, but while it might have looked as he had no answers for Browne’s style, it turned out he was just finding his range and waiting to land the perfect shot. Out of the blue, a text book left hook to the body put the Australian giant down for the count at 00:58 of the third. David Allen so extended his streak of stoppage wins and raised his stock value. While a fight for the ultimate prize in sport still seems too farfetched, we are sure that wherever Allen career will end in the next 3 or 4 fights, a self chosen deadline before turning to wrestling, his full potential will be fulfilled. And that’s more than enough