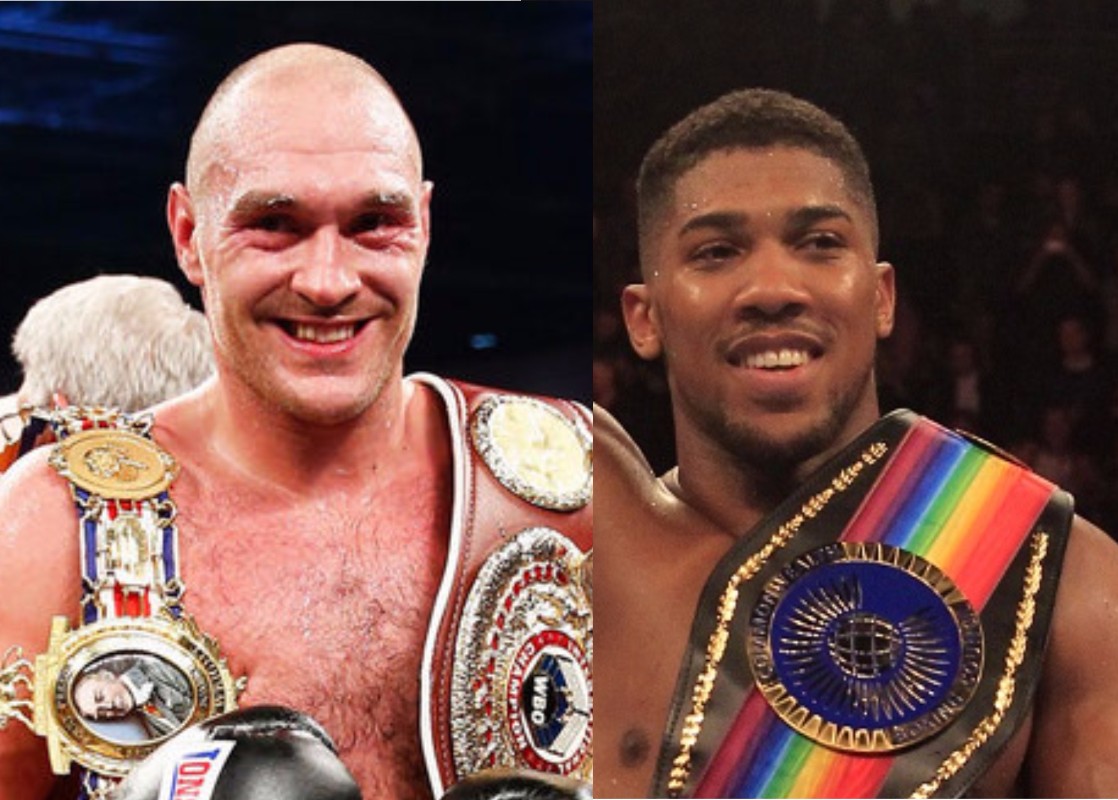 Often demanded, rarely realised. Dream matchups are like boxing gold dust. For as many great bouts we’ve witnessed, many more have gone by the wayside, leaving fans, commentators and bookies alike, asking: what if?

British boxing, in particular, has produced some fantastic talent across the decades. With each generation boasting their hallmark boxers, the debate rages on about who’s the best — a tricky case to prove when certain fighters haven’t gone toe to toe.

Read on to discover a few of the finest British matchups all boxing fans dream will, or would have happened.

British boxing is experiencing a renaissance in the here and now, with all segments of the heavyweight belt around the waists of two British fighters – Anthony Joshua and Tyson Fury.

If reports are to be believed this superfight calibre matchup will happen sooner rather than later. And, I have no doubt a unification bout between the two will be one of the biggest events in British boxing history.

However, if we’re speaking in purely boxing terms — ignoring the hyperbole from promoters and big-money deals — the fight should have happened years ago.

Back in 2015: Tyson Fury defeated Klitschko in a shock duel, while Joshua, after defeating Dillion Whyte, cemented his stature as the face of British boxing

Studying Forbes, the fight’s likelihood is up by plus 200 from just a few years ago.

But you can also learn more about fighting form through the bookies’ odds. 2015 was a breakout year for both fighters with sports betting sites like 32Red Casino and bet365 splitting the odds evenly. Both heavyweights had climbed to the top, after overcoming their biggest obstacles.

However, current markets neatly favour Fury who is riding momentum from the Wilder fight. Although he eventually redeemed himself, Joshua’s initial loss to Ruiz has shaken his stature.

Speaking purely from a fan’s perspective, I’d rather get excited about a matchup which looked closer on paper.

For me the dream matchup has already been and gone; well before Fury’s two and a half year hiatus, and Joshua’s momentum bashing loss to Ruiz.

Khan vs Brook —  a fight that will never happen, but we wish it would. And so does Brook himself.

Khan is very much Brook’s fiercest rival. As a fighter with undeniable talent and aggression, Brook is still waiting around for a notable fight to solidify his legacy.

Yet this storied ‘what if’ rivalry doesn’t quite work the same on the flipside. Amir Khan has beaten bigger and better than Brook in the past.

Being a two-time champion, Khan is cruising to the twilight of his career with little to prove. Other than perhaps extinguishing the glass jaw stereotype which follows him like a bad smell.

Being a fighter who notoriously hits like a cannon, Brook is the perfect fight for Khan to prove he can take a punch before retiring.

But, thereby lurks a sense of danger. If Khan fights and gets KO’d it only serves to harm his legacy. In the same vein for Brook, a loss after this much hype will effectively end his career as a big-time fighter.

Regardless, the likelihood of any scenario playing out is slim to none. With fantasy oddsmakers either edging in favour of Brook or suggesting nothing will ever come of the constant call-outs.

Breaking my own rules to a degree, Lewis vs Bowe wouldn’t have been a strict Brit on Brit matchup.

What it would have been, however, is the ultimate intercontinental bout, a match which officially confirmed the British heavyweight as the best around. And if that isn’t a dream, I don’t know what is.

When the mid-90s rolled around the two fighters had chronicled a ferocious rivalry in the amateur divisions, where Lewis pipped Bowe to Olympic gold.

Moving into their professional career the two seemed destined to fight at the height of their talent. But in 1992, faced with the prospect of defending the WBC belt against Lewis; Bowe infamously threw his title in the bin.

On that day, the dream faded away. Yet there is also something special about believing the American genuinely wanted nothing to do with our all time great superweight fighter.

Besides in 2002 Lennox Lewis proved he was the best by defeating Mike Tyson, following a build up which felt more like a war.

Some of the most anticipated fights in boxing are those which never happened. As fans, we love to discuss ‘what if’ but it’d be a question you’ll be hard-pressed to answer.

For now we can dream and absorb the moment in the big fights we do get to see.