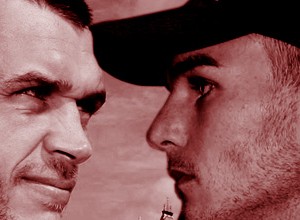 John Murray and Kevin Mitchell’s lightweight battle is heading up North from South and will now take place a week after the original date, having been moved to July 16th.
The fight will now take place at Liverpool’s Echo Arena on the same card as Ricky Burns’ WBO world super-featherweight title defence against Nicky Cook.
The two best lightweights in Britain were schedule to clash at London’s Excel Arena on July 9, but Mitchell is said to have been suffering from a viral infection, which has upset his preparations and kept him out of the gym for nearly a week.
Mitchell was back in training last week, it was clear that he would not recapture his full fitness for this Saturday and he informed promoter Frank Warren, who quickly re-scheduled it the anticipated showdown.
“I want to face Murray when I’m fully fight fit so there are not excuses,” said Mitchell.
“I’ve been in the gym since before this fight was announced and was on schedule with my training and in fantastic shape, but I was then hit by a virus that really knocked me back so I couldn’t train.
“It wouldn’t be fair on the paying fans and Murray if I got in the ring knowing that I wasn’t 100 per cent fit so I asked Frank for a slight delay. I’ll be fit and ready for July 16 and fans will see the best of Kevin Mitchell.”
The night promises to be a big night for British boxing in Liverpool and with local boy Tony Bellew and Ovill McKenzie meeting in a grudge rematch for the vacant British and Commonwealth light-heavyweight titles and Frankie Gavin defending his WBO Intercontinental title against footballer-turned-boxer Curtis Woodhouse there are now four title big fights on a tidy 13-fight card.