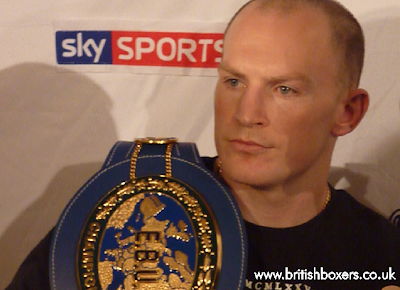 Manchester’s Matthew Hatton will return to the ring in the seaside resort of Blackpool next month, when he faces unbeaten Andre Abramenka in his first fight since losing his WBC light-middleweight title challenge against Saul Alvarez in March.

The former European welterweight champion will be in action at the world famous Tower Circus on Friday 19th August as he bids to make another assault on his dream to secure another world title opportunity.

‘Magic’ Matthew has returned back to the 147lb welterweight division and he is hoping he can secure another shot at a world championship this year in his natural weight division.

The vacant IBF intercontinental title will be on the line in the seaside town when he faces the Belarusian over 12 rounds.

And Hatton, 30, said: “Abramenka is a good calibre opponent and facing him proves I am going straight back in against a meaningful opponent.

“I am mandatory contender for my old European title and I would love a crack at WBA title holder Vyacheslav Senchenko or interim champion Ismael El Massoudi.

“It is one of those three fights I am looking at by the end of the year.”

Hyde’s Hatton victorious in 41 of his 48 fights won plaudits for his brave performance against Alvarez.

He added: “It was nice to get credit, but it is about winning and I am itching to get back to winning ways and proving I have plenty left to offer.”

In title action on the same bill will be undefeated local cruiserweight prospect Matty Askin and other prospects including welterweight hopeful Adam Little.

The show promoted by Robert Waterman will be televised live by Eurosport and ticket are available prices £35, £55 and £75 VIP from 01925 755222 and www.ticketline.co.uk