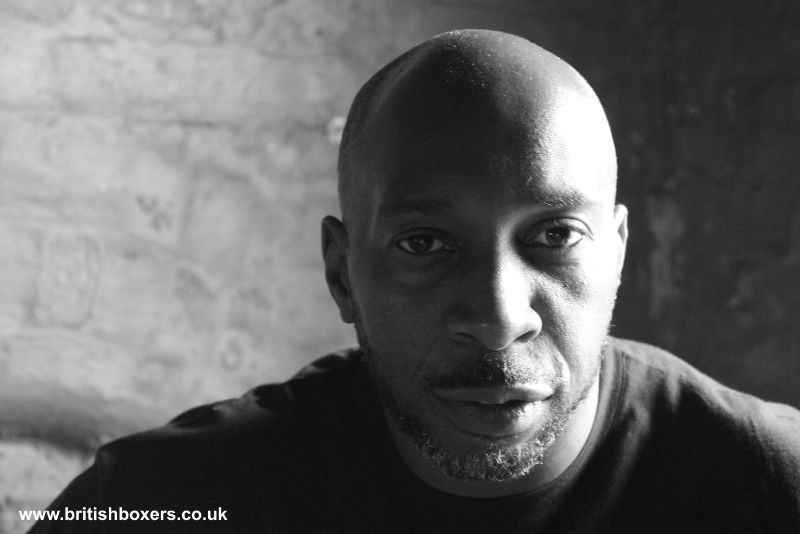 Pat ‘The Black Flash’ Barrett never wanted to be a boxer and admits to initially only doing it for the money. But the Manchester light-welterweight, with the backing and belief of trainer Brian Hughes grew to love boxing.

He went onto win the Central area belt and British and European titles, within two years of turning professional. He also went onto challenge for a world title and was at the time rated, one of the best British boxers on the scene, possessing concussive knockout power in each hand. 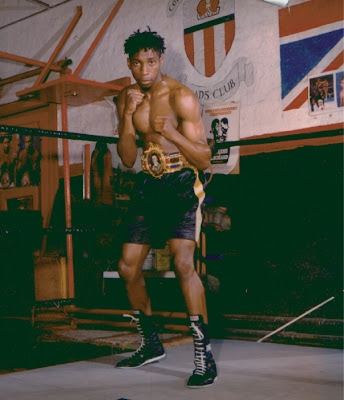 Born on the 22nd July, 1967 and rared up on a tough North Manchester council estate, Barrett walked into the Collyhurst and Moston Lads Club at sixteen, following his brother Michael who was an amateur boxer there, above the Co-op on lightbowne road in Moston.
The gym was run by local working class hero, boxing historian, author and highly respected fight trainer Brian Hughes.
Barrett (37-4,1 28KOs – full boxing record) turned professional at 18 and by the age of 21, after only 2 years, he had won buy diflucan 150 mg the Central area title and the British and European belts.
After losing his third pro fight against Paul Burke, Barrett realised, that after experiencing the pain that defeat gave him, that he never wanted to lose again and went 31 fights unbeaten on his way to cleaning up the domestic light-welterweight division and moving into the world top 10.
Barrett talks about the proposed fight with Julio Ceaser Chavez, when both were in their prime. That fight nearly got made and he tells us how he thinks he would have fared against the legendary Mexican, who at the time was unbeaten in 80 fights, with over 50 knockouts.
Pat did go onto fight for a world title against American Manning Galloway in July 1992, for the WBO welterweight title, after failing to secure a shot in his own weight class. But after the Galloway fight getting postponed four times over two years.
When it finally did happen, he was not mentally there and admits to not believing the fight was ever going to take place and when it did he was not prepared, going through the motions, in the biggest night of his life.

“I had no intentions when I came to this gym, that I would win a British and European title and then go onto fight for a world title, no way!”

Barrett now runs the same gym, he walked into 20 odd years ago, as a young dangley teenager, since the retirement of Hughes. He is now hoping to continue the legacy laid down by Brian over 50 years ago and is currently training unbeaten WBA super-bantamweight champion Scott Quigg and unbeaten prospect Rhys Roberts, the two last boxers from the Brian Hughes era. Pat is now hoping he can take the pair on and realise the dreams and potential, that Hughes saw and drilled into them.
The gym is also full of local, quality unbeaten amateur fighters under Barrett’s wing and together with friend and another Brian Hughes prodigy Thomas McDonagh, the pair aim to create their own camp of future professional champions to follow in their footsteps and continue the proud history of the Collyhurst and Moston Lads Club and Brian Hughes.
Pat understands the history of the Collyhurst and Moston Lads Club and wants to continue the great work set in place by Brian, he wants to give something back to boxing, prove to himself he can make a successful trainer and strives to make his mentor proud of him, with his blessing and in his name.

I then began to take boxing seriously and because Brian had so much belief in me I thought, I’m not going to let this man down and when I took it to that extreme, I was unbeaten I couldn’t be beat.”

He strives to emulate the man that means so much to him and hopes to pass that onto the new youngster’s, who climb the same stone steps up to the gym, like he once did a generation ago.
In our series of programs, that will eventually be available in full and will include fight clips, including rare never seen footage and behind the scenes exclusives.
We will log the biographical portrait of the boxer, the man and the life’s ups and downs of Pat ‘The Black Flash’ Barrett.
Throughout the picture, Barrett constantly relays back to Brian Hughes MBE and it is plain to the viewer to see, that the words and knowledge of Hughes, are ingrained into the mind and soul of ‘The Black Flash’ who speaks openly like never before about his career in boxing, the influence and belief, Hughes instilled in him and the doubts he had about making it in boxing in the first place.
Barrett over the years has been aloof and not interested in giving interviews or speaking about his life and boxing career. He has spent time in prison and at times been a million miles away from boxing!
But in this rare interview with friend Chris Maylett, exclusively for www.britishboxers.co.uk – Barrett decided to take a trip down memory lane to create a auto biographical video of his life in and out of the ring, in his own words.

Part 4 will be available as soon as possible…

Since this was filmed Pat had tragedy strike, when his nephew and best friend John Barrett was stabbed to death on Christmas day last year, while attending a party in Rochdale. John was involved in Pats life on a day to day basis and they also shared a house together. John was a great guy and I had the privilege to have known him personally. It was a terrible tragedy! The sad news that John had died left wombs that will never be healed for family and friends. John may your pleasant soul R.I.P – Chris Maylett The video will be completed soon.