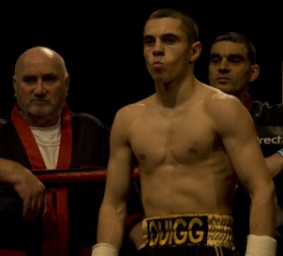 Here we speak to Mike Jackson assistant coach to Ricky Hatton and his stable of boxers. Mike learned his trade under legendary fight trainer Brian Hughes MBE and Pat Barrett at the Collyhurst and Moston Club in Manchester and speaks about Brian’s influence on his coaching career and his involvement with Ricky Hatton.