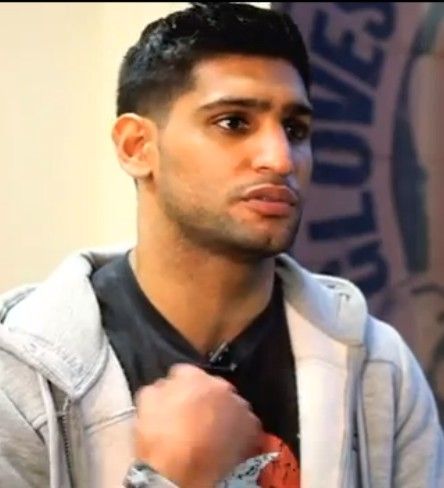 Amir Khan as revealed that his American trainer Freddie Roach offers all sparring partners $1000 if any of them can knock him or Manny Pacquiao down, in the competitive sparring sessions the Wildcard Gym in Los Angeleas.

Khan revealed the bounty that is put on his head and with combatants lining up to make an extra buck, it certainly keeps him on his toes and gets him sharp and ready for fight night, which Khan says can sometimes be easier than the famous Wildcard spars. 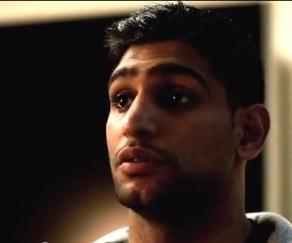 But Khan adds that no one has succeeded in grabbing the prize and felling him yet!
Khan as trained in Roache’s gym and sparred many rounds with the multi world champion and arguably the No1 fighter in the world Manny Pacquiao and says he also use to have the $1000 knockout bonus on the table when he sparred the Philippine hero.

But last year the pair were told that they could no longer share the ring together in training, just in case the possibility ever arose that they might face each other for real, but the bounty you can bet for a knockdown then, would be significantly higher!

“Me and Manny Pacquiao use to spar a lot together, but now because we are at the same weight and there is always talks that we might fight each other one day we don’t spar each other now.” said the Bolton boxer who has trained with Roach in LA since 2008.
“What Freddie says is, if anyone can knock down Amir or Manny Pacquaio will get a thousand Dollar bonus but it’s not happened yet!
“But they are full on spars, it’s a fight! Sometimes the fight might be easier than the spar.
“We spar ten rounds in total, but we build up to it and in them ten rounds there is probably three sparring partners who come in after three or four rounds you know fresh, so we have to stay in the ring while fresh sparring partners are coming in and out.” he added.

In the exclusive Q&A interview with MaxiMuscle in association with BritishBoxers.co.uk Khan also talks about a typical training day for him, including his strength and conditioning routines. Watch full interview with Khan.. video above.
Maximuscle the UK’s no.1 nutrition brand will work with former boxing champion Amir Khan for the next 2 years, helping him ensure optimal recovery after training, and keeping Amir in the best condition pre, during and post fight time. www.maximuscle.com