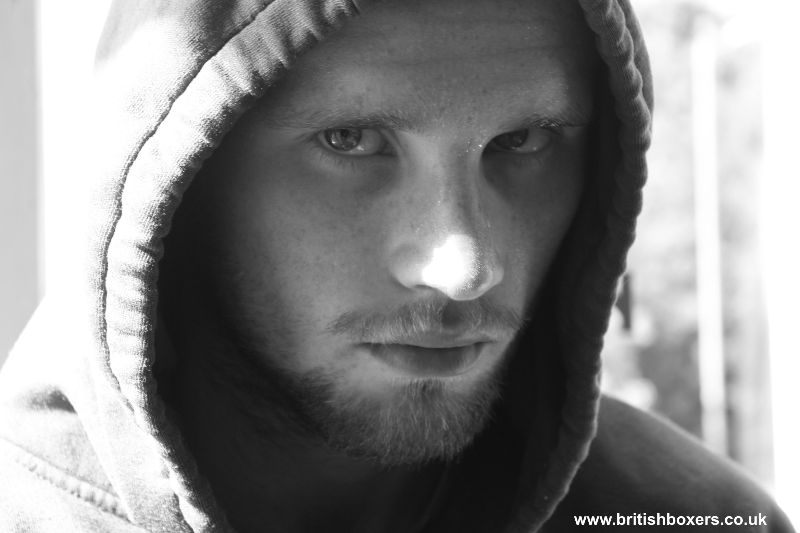 Light-middleweight boxing prospect Jimmy “Kilrain” Kelly was born in Wythenshawe Manchester and was taught to box about the same time he learnt to walk, by his dad Jimmy senior, who was a good amateur boxer himself. ‘Kilrain’ started his amateur career at Jimmy Egans boxing Academy, where he first went to watch his dad train when he was four years old. 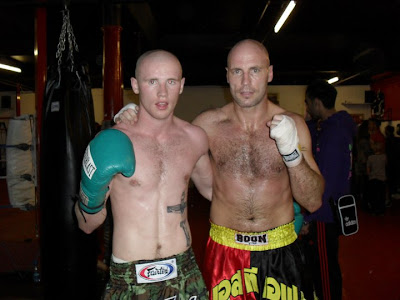 His first memory of going to Egans boxing gym was getting his finger caught in the cog of an exercise bike and nearly chopped off. So young Jimmy’s first experience of a boxing gym was blood and pain and he hadn’t even got inside the ropes yet.

The accident didn’t deter the young lad and after the finger had healed he was back and this time his fingers were slipped into a pair of leather boxing gloves instead of that exercise bike and the rest is history.

Jimmy, 20, had in total 69 vested contests, winning 61, with 45 KOs, losing just 8. – He represented England 15 times and was selected as Captain of the national squad on 10 occasions, traveling the world and fighting some of the best around in his weight categories. 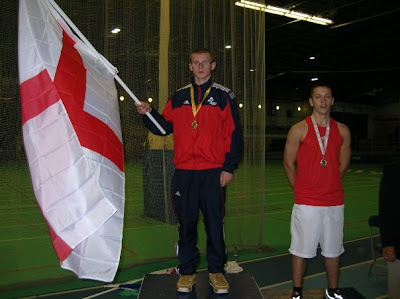 He was going to go pro with Anthony Farnell originally, but after using the Champs Camp to train during his dinner breaks from college, which is near the gym, Jimmy realised that he was beginning to get accustomed to the boxing club formed in 1981 by the late Phil Martin and knew his future lay with Bingham and Core, who he now trains under full time, on his quest to realise the dream and become a world champion.

“I am now in the transition period from amateur to the professional boxing ranks and although it is extremely hard work, I am trained by Ensley and Maurice who were former champions in their own right.” said Kelly.

“It is without reservation that I feel with their technical expertise, experience and guidance and my Dads encouragement, plus the support of my family, friends and fans, I can achieve my goal and become a champion.” 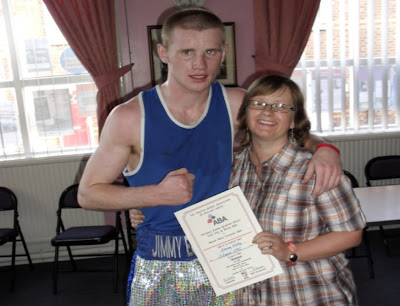 Last year Jimmy’s No1 fan, his Mother Diane sadly passed away after a battle with cancer. It goes without saying that her death had a massive impact on the family. Diane would travel to all of Jimmy’s fights and he says it was his boxing training, that kept him focused while he struggled to come to terms with losing his Mum.

Jimmy is inspired and determined to be a success in boxing. To fulfill his potential, achieve his goals and grasp the great opportunity he has, to be somebody in boxing, to emulate his boxing hero Marvin Hagler and become the champion he believes he will be, and what a fitting tribute to his Mothers memory that will be.
Jimmy next fight, his fourth professional turn, is on Saturday (September 22) against experienced, Isle of Wight regular Jay Morris (44 fights, 15 wins, 26 defeats, 3 draws) at Bowler’s Arena in Manchester.
After just six months as a pro, Jimmy Kelly isn’t hanging around, he doesn’t want to, and wont be allowed to by Bingham and Core, they don’t believe in giving their rookie pros easy push over fights. Jimmy Senior has been the driving force beind his son and Junior says that his dad is his inspiration and has always supported and nurtured his boy into a boxer with a bright future in the game.
Jay Morris isn’t expected to cause Jimmy too many problems this weekend, going off the form book. But he always comes to compete and has taken good fighters the distance such has Alex Arthur, Max Maxwell, Lenny Daws and Craig McEwan.
Morris also holds a points win over Curtis Woodhouse. He has been a professional for over eight years and is a good yard stick for Kelly at this stage.
We visited Jimmy this week at the Champs Camp gym, as he finished off his final training sessions ahead of the Morris fight to speak to him about how he got into boxing, his hopes and aspirations for the future and everything inbetween, including training and sparring footage. 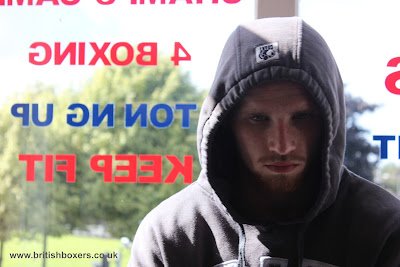 In this in-depth interview with the Clark Kent of British boxing. Jimmy compares himself to Superman’s alter ego, adorning the thick rimmed glasses and self proclaimed ‘geeky’ look. But when he gets inside them ropes, he is nothing but a boxer.

He says he was told at a young age by some coaches, who should have known better, that he; ‘would never make it, because he was too thin and weak to be a boxer.’ How wrong they were.

When the call of fight night comes his way, Jimmy ‘Kilrain’ Kelly losses the glasses and the cunning disguise, and shape shifts into a primed, sharp and powerful Super boxing hero with kryptonite in his fists and this Mancunian Clark Kent, knows how to use em!

Look out for future updates on Jimmy ‘Kilrain’ Kelly, the new light-middleweight prospect with BritishBoxers.co.uk – Has we follow his progress through the professional ranks.
View more of our video interviews on YouTube Here.