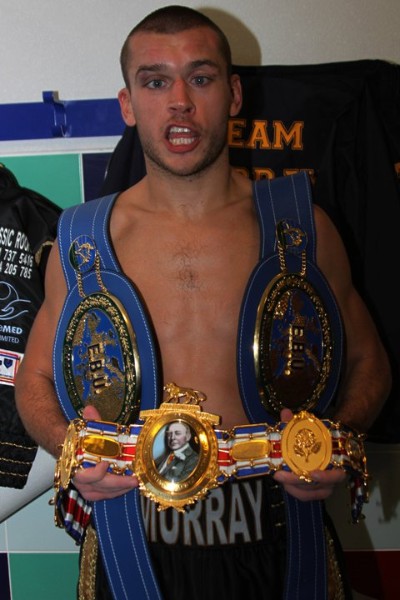 John Murray to return to the ring in November

Former British and European lightweight champion and world title challenger John Murray will make a return to the ring after nearly two years out when he boxes on Coldwell Boxing’s “Hot Shots” show at Manchester’s Bowlers Centre on November 22nd.

The 28-year-old Mancunian, nicknamed ‘The Machine’ will fight in his home town since suffering heavy back to back defeats to Kevin Mitchell and Brandon Rios in 2011.

“These next years of my career are the most important now.” Murray told www.britishboxers.co.uk

“I’m realistic enough to know that I am 28 now and Ive been a pro for ten years, so the next four or five years or whatever I have left in the sport Ive got to get in make what I can and get out with my brain’s intact.”

After the loss to Rios, Murray had a break and tried to make a comeback, but he was knocked back by the British Boxing Board of Control after failing a medical. He has since been given the all clear and is raring to go.

Promoter Dave Coldwell said he is looking forward to welcoming back Murray on one of his shows and thinks Murray still has a big say in a very competitive domestic lightweight division.

“John had a couple of hard fights back in 2011 but he’s still got time on his side to have a big say in the sport and there’s a ton of attractive options for him in the UK because he’s arguably the country’s most exciting lightweight. John is a popular boy in Manchester and our shows at Bowlers always have a fantastic atmosphere. This one will be no different.”

“He has seen this lightweight situation with everyone fighting each other and he wants the big fights.

“I was happy with the show as it is – Liam Hanrahan vs Jamie Speight is a great fight and there are some great prospects on the bill including our big Liverpool prospect Robbie Davies Jr.

“But John adds that bit extra and we’ll get this one out the way and see where we are with him.”

Our Interview with John Murray on his boxing career and comeback