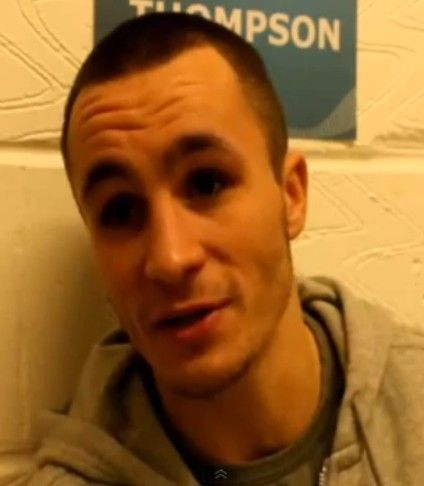 The Ellesmere Port man was introduced to boxing by his dad, who is a big boxing fan. Matty started at the Vauxhall Motors Boxing club, now the Wirral Community Police and under coach Peter Phelan he had 85 amateur bouts winning 75.

Fagan, 24, claimed a Junior ABA title and won an NABC hat-trick at classes A, B and C. As a senior amateur he became blighted by hand injuries and after entering senior ABAs last year, winning his first bout, and looking impressive doing it, he had to withdraw afterwards with an old hand injury re-surfaced.

Matty came through the amateurs with British champion Paul Butler and the two have stuck together in the professional ranks too, with the pair travelling to ‘Arnies’ Anthony Farnell’s gym in Manchester to be trained by the former pro and well respected coach.

We caught up with Matty last week at the gym and spoke to him about his amateur career, getting started in boxing, training at Arnies, his favourite boxers, his hopes for the future and more, in this boxing profile of the well supported Bob Dylan fan, who comes to the ring to the song ‘You can call me Al’ by Paul Simon and is a Matthew Macklin fan.