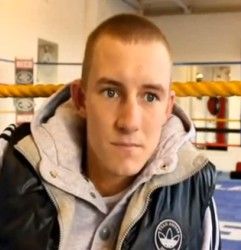 British Super-flyweight champion Paul Butler’s Commonwealth title challenge against Yaqub Kareem set for Friday night 12th April at the Liverpool Olympia, was today called off after Frank Warren cancelled the whole show, which was to be shown live on Box Nation, because of poor ticket sales.

It is a big blow to the boxers who were to appear on the card, including Stephen Smith and Callum Johnson who have been out of the ring now for a while. Butler though recieved the news that his fight with Kareem will now be switched to take place on Saturday 20th April at Wembley Arena on the undercard of Nathan Cleverly’s WBO Light-heavyweight title defence against mandatory challenger Robin Krasniqi

A statement from Frank Warren Promotions stated that Butler and fellow Ellesmere Port prospect Matty Fagan had worked hard to sell their ticket allocation for the venue, but added that the remaining boxers ticket sales were extremely disappointing which resulted in the show being cancelled.

Unbeaten prospect Fagan will feature with his gym mate Butler on the Wembley bill in a four-round contest.