Hall confident ahead of Butler rematch: “I’m going to take care of him, I’ll take him out.” 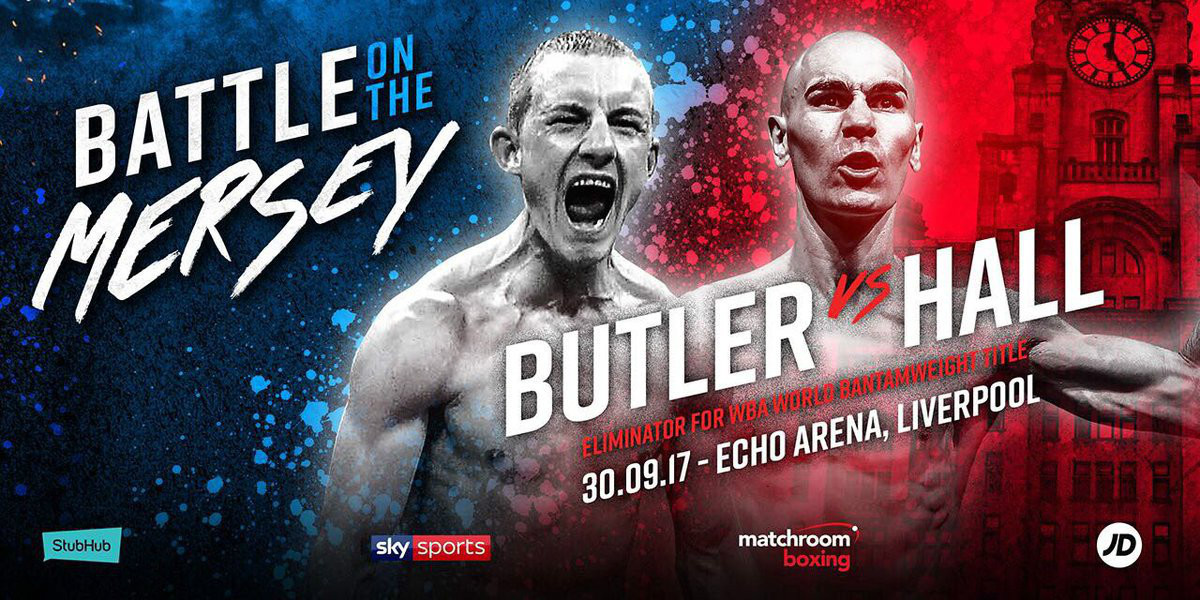 HALL: BUTLER’S HAD A NIGHTMARE CAMP – I’LL TAKE HIM OUT

Stuart Hall believes Paul Butler has had a ‘nightmare’ camp for their rematch and he’ll take advantage by taking him out in their rematch and eliminator for the WBA World Bantamweight title at the Echo Arena in Liverpool on September 30, live on Sky Sports.

Hall and Butler first met in May 2014 in Newcastle where Butler took Hall’s IBF crown in a tight contest, and over three years later the 37 year old finally gets the chance to gain revenge and take a big step towards challenging for the WBA title – a belt held by another old foe of Hall’s, Jamie McDonnell, who is set to defend it again in a rematch with Liborio Solis.

Both men have since switched trainers since their first encounter, with Hall basing himself in Birmingham with Max McCracken alongside Kal and Gamal Yafai, while Butler has moved into Joe Gallagher’s Bolton home of champions – but Hall says he’s heard that Butler’s camp has been far from ideal, and he’ll take advantage of that to exact his revenge.

“My camp has gone brilliantly, I couldn’t ask for better preparation,” said Hall. “I’m training with the Yafai brothers who are world class fighters.

“I’ve been told he’s had a nightmare camp, terrible sparring which is not the best to fight someone like me. Deep down it’s my last chance, but I’m not going off that – I’m just going off what I’m doing and I know it will be too much for him.

“I saw Butler made a quote saying he’s got under my skin, that’s rubbish. I’m in a great place. I’m more focused and mentality very stable. The last time I fought him, maybe he got in my head a little bit.

“People go on about my age but I’m sparring people 10 years younger than me and giving them hell. They are all praising me saying how I’m firing.

“I’ve watched the first fight back a couple of times, I’m quite embarrassed to be honest. I let him do what he wanted for the first four or five rounds.

“I’m going to take care of him then I’m looking at my old foe Jamie McDonnell. Hopefully he does a number on Solis then we can get it on again. That’s the rematch I’ve wanted for years. We’re close now but this is a business. I thought he nicked the first fight, he’ll want to impress this time around and I expect to him wider on points.

“First and foremost I’m going to demolish Butler, then I can look to leave this sport on a high against McDonnell. All the pressure is on Paul. I’ll enjoy walking out to the boos being an away fighter. It’s nearly time to fight and I honestly am counting down the days.”