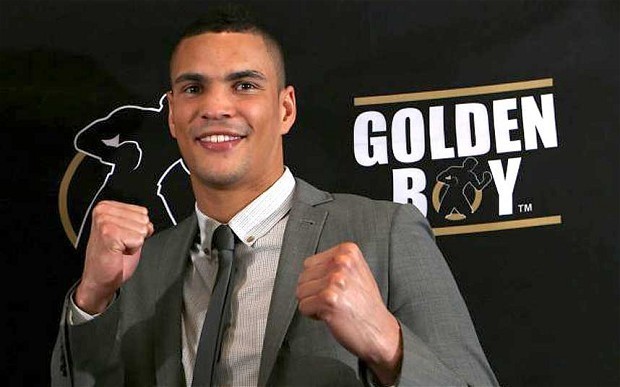 Team GB Olympic star Anthony Ogogo will have his third professional fight on July 13 at the MS3 Craven Park in Hull, live on Sky Sports on Betfair’s “The Homecoming” along with the professional debut of Olympic teammate Luke Campbell MBE.

2012 Bronze Medalist Ogogo, who will face an opponent to be named in a six-round middleweight bout, joins a top class undercard in support of the debut of Gold Medalist Campbell and unbeaten Sheffield welterweight Kell Brook facing dangerous American Carson Jones in a rematch of their epic clash last July.

Bronze medal winner Ogogo made an explosive start to life in the pros, dropping Kieron Gray in the second round of his debut on April 27 at Motorpoint Arena in Sheffield and followed that with another impressive win, this time at Boardwalk Hall in Atlantic City in the United States, getting six rounds under his belt against durable Puerto Rican Edgar Perez on May 18.

“I’m extremely patriotic and proud to be British, so I’m excited to be back fighting in the U.K. on July 13,” said Ogogo, who is promoted by Golden Boy Promotions. “It’s great to be on the same card as my Olympic teammate and one of my best friends outside of the ring, Luke Campbell. I expect a spectacular performance from Luke on the night, and I’m planning on delivering one myself and really give my home country fans a show.”

“Anthony has shown fans on both sides of the Atlantic just how much potential he has, and we’re all looking forward to his continued development on July 13,” said Oscar De La Hoya, President of Golden Boy Promotions. “Eddie Hearn has put together a great show for Hull fans and we’re honored to have Anthony participate on it.”

“I’m delighted to be working with Anthony and Golden Boy as it gives the U.K. public the opportunity to watch Anthony’s impressive progress,” said show promoter Eddie Hearn.