Derry Mathews: “Everyone wants me to smash Davies.” 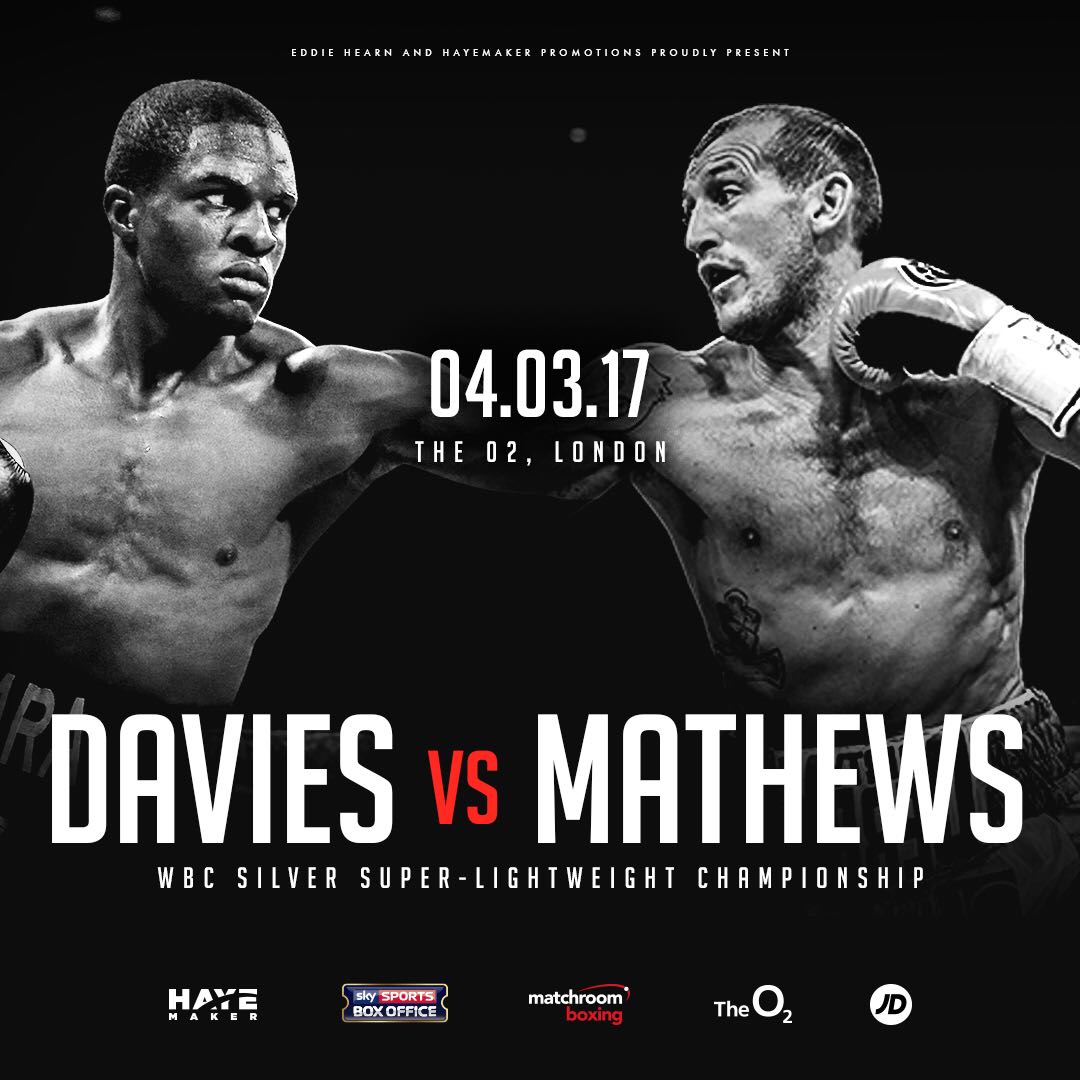 Derry Mathews says the whole of British boxing want him to shut Ohara Davies up when they clash in a grudge match at The O2 in London on March 4, live on Sky Sports Box Office.

Liverpool favourite Mathews challenges Davies for the Hackney man’s WBC Silver Super-Lightweight title on the undercard of David Haye and Tony Bellew Heavyweight showdown – with the Merseyside-London rivalries on a par for spite as ‘Dirty’ Derry and ‘Two Tanks’ continue to trade barbs on social media in a hostile build-up.

Former World Lightweight title challenger Mathews believes that Davies is talking himself into a corner by disrespecting the experienced and popular Scouser online, and that the sold-out Greenwich arena will be willing him on to silence Davies in style.

“The kid is mad and everyone in boxing wants me to do him in,” said Mathews. “He bad mouths people because he thinks it’s going to raise his profile – the likes of Naseem Hamed could back it up, no-one has seen this kid back it up yet and it’s down to me to stop him.

“I’ve just got to listen to everything Danny Vaughan tells me to do and put the graft in, that’s why I’ve locked myself away from my family and gone to Scotland and LA to prepare for the fight, it’s about being in and around champions, it doesn’t matter that I’ve had 51 fights, success breeds success and you can only improve being around world class fighters.

“When I beat him, he’ll still take that belt out with him wherever he goes, even down the local shop. I’ve got tons of belts at home and the missus won’t even let me have them out, they’re all stuck up in the loft – he’s not a World champion, and he’s never going to be one because I’m going to smash him to bits.”

Mathews’ clash with Davies is part of packed bill at The O2 topped by the blockbuster Heavyweight grudge match between David Haye and Tony Bellew.  Stourbridge banger Sam Eggington faces the biggest night of his career against former two-weight World champion Paulie Malignaggi, while Irish amateur star Katie Taylor boxes for the third time in the pros.