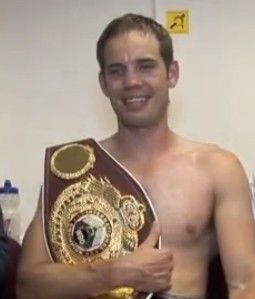 After a cagey start with both men feeling out the other, Dawson landed a good right hand in the first that got Keane’s attention. Keane came back at the start of the second session to wobbled Dawson, although he didn’t look hurt and responded with his own power shots which then ended the fight swiftly.

A right hand left hook took the legs away from Keane. Dawson followed up and trapped his man to the ropes, where he eventually dropped and hung out through the ring straps. Keane dragged himself to his feet but on unsteady legs the referee waved the fight off, giving Dawson a new title with a good win, just 13 days after entering the Prizefighter.

Martin Gethin stopped in round 7 by Ammeth Diaz