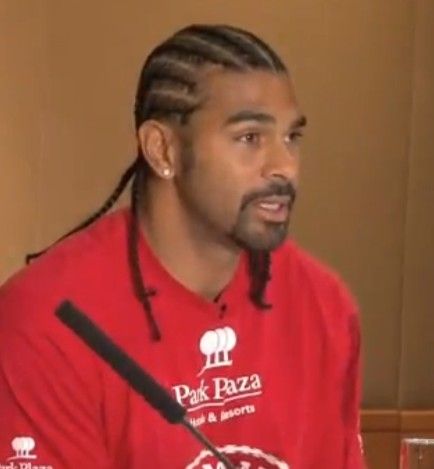 David Haye will make his ring return against yet an unnamed opponent, rather than wait for one of the Klitschko brothers to give him a world title shot, the former heavyweight champion said at his press conference to announce his comeback.

Haye, who lost his WBA belt in July 2011 against Wladimir Klitschko before stopping Dereck Chisora a year later, said he is planning two fights in 2013, starting at the Manchester Arena on June 29.

“Instead of sitting around and waiting another year, I want to get back in there,” Haye told the press in waiting including ifilmLondon who were there to hear Hayes reasons on entering the prize ring again after saying he maybe wouldnt fight again.

“I’m happy to be back. A year is long enough time to wait for someone to phone you.

“I was hoping Vitali would be a man of his word and fight me after I did what he and his team wanted me to do and beat Dereck Chisora.
“We have been sitting around, waiting for the phone to ring, but that hasn’t happened. We have sent some e-mails but they have fallen on deaf ears.”

See the rest of the press conference in full on the video above.