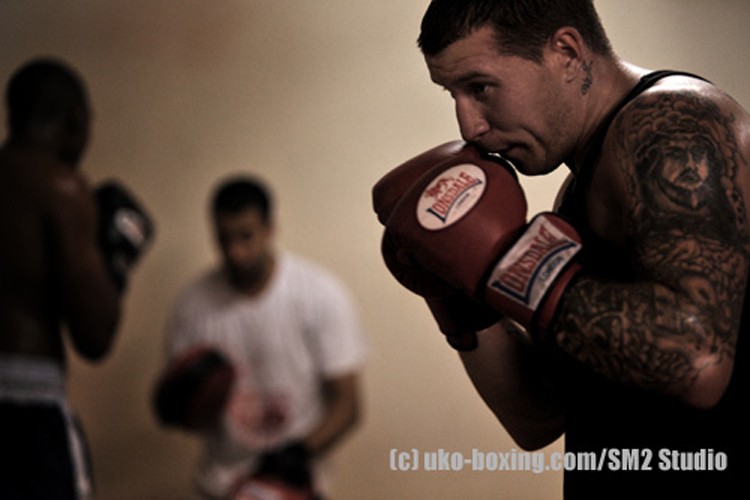 The Rowley Regis welterweight takes over from Chris Truman at the top of the bill after Truman picked up a hand injury. Truman will now fight Stephen Jennings for a British Masters Title in September.

This will be Welborn’s first outing since his defeat at the hands of Frankie Gavin for the British welterweight title back in January. Details of his opponent will be announced shortly.

“I can’t wait,” Welborn told www.uko-boxing.com. “I’ve been back in training for a few weeks now and have been sparring with some quality boxers, including Frankie Gavin.

“He’s preparing for Denton Vassell next week, so it’s been great for both of us.

“Even though we fought each other earlier this year, we have mutual respect for one another and we can learn off each other.”

It’s-A-Bout-Boxing are hosting Frankie Gavin’s aftershow party after the Salvation show. Gavin takes on Vassell next Friday, 28th and will be Ringside on Saturday at the Institute to watch Welborn and a whole host of mouth-watering bouts unfold.

Promoter, Marcus Anderson-Hitchen, is delighted to have the Birmingham boxer affiliated to his It’s-A-Bout-Boxing brand.

“It’s great to have Frankie on board,” he said. “It’s-A-Bout-Boxing are sponsoring him next Friday in what is sure to be a Fight of the Year contender. Frankie is Birmingham’s brightest boxing star and we are delighted to be hosting his aftershow party after our show at the Institute on Saturday, 29th June.”

Also on the Institute bill at the Institute is Coventry’s Troy ‘Terrifying’ James who takes on Andy Harris over 4 three-minute rounds.

Also in action is Northampton lightweight, Jamie Spence, who takes on ‘Gypsy Boy’ Billy Smith. The former Prizefighter contender, who has fought the likes of Lee Purdy and Derry Matthews, will be looking to build on his recent victory over Matt Seawright.

It’s-A-Bout Boxing have shows planned for Sheffield, Manchester and Cardiff in the coming months, for more details, visit: www.itsaboutboxing.com.