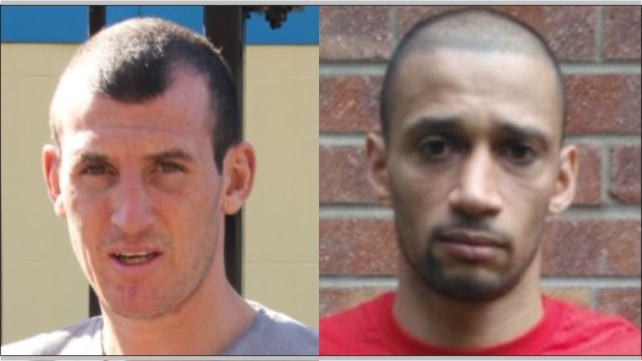 Derry Mathews vs Curtis Woodhouse is made

Dave Coldwell and Eddie Hearn today had fight fans drooling when they announced the brutal coming together of lightweight entertainers Derry Mathews and Curtis Woodhouse, who will clash for the former’s Commonwealth championship on September 21st at the legendary Liverpool Olympia. The meeting had been highly anticipated for some weeks following Dave Coldwell’s recent admission that “it would be a dream” to match the pair and now the rising promoter has his wish.

“I’ve wanted this fight ever since Curtis told me he was going to lightweight and It’s the most excited I’ve ever been about a fight,” beamed Coldwell. “This is going to be one of the all-time great British battles and the response I’ve had to it so far has been unbelievable. Everyone has been phoning me, tweeting, sending me messages telling me they can’t wait for it and that’s the exact reason why I love boxing. Even websites and newspapers have been in touch trying to confirm their seat for the night because they all know it’s not to be missed.”

Although months in planning, Coldwell insists that a spanner was almost thrown into the works in the shape of Hull fighter, Tommy Coyle, who pushed Mathews to the limit before succumbing to a frightening left hook earlier this month. On the same bill, Woodhouse looked better than ever in halting the oft-durable Joe Elfidh and it’s that performance that has earned him a voluntary crack at Mathews’ newly acquired strap. Coldwell is sat firmly on the fence when discussing the fight’s outcome.

“I’ve got far too much respect, both on a personal professional level, to say who’s going to go out there and be the better man. The pair of them only know one way how to fight and that’s to go out there and leave everything in the ring. Each will give the other an opportunity at some point and it’s going to come down on who capitalises the best. This is going to be one awesome show and it’s a pleasure to be working alongside Eddie Hearn and Matchroom sport again and it’s equally pleasing to be back on Sky again. Fans at the Olympia and watching live on Sky Sports are in for one quality night.