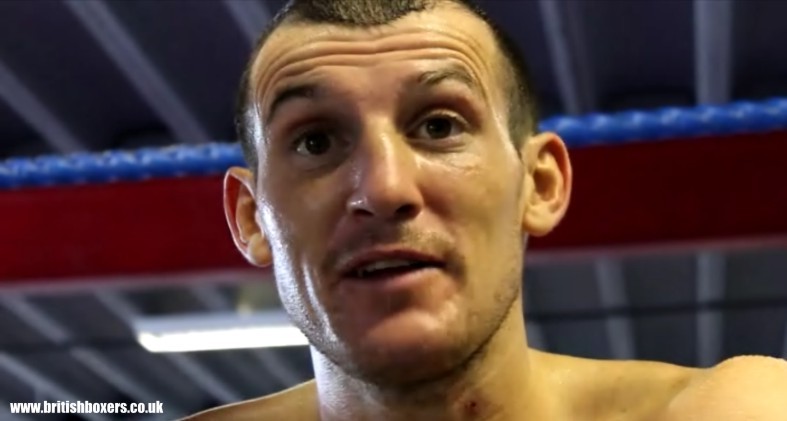 Commonwealth champion Derry Mathews will challenge for the vacant WBO European lightweight title in his own city of Liverpool at the Echo Arena on Decemmber 7, after signing a five fight deal with Frank Warren and Queensbury Promotions.

Mathews, 30, has agreed the deal which will last for an 18-month period and he hopes will see him claim back the British title and finish with a world title shot.

The Liverpool crowd pleaser and fans favourite, recently defended his Commonwealth belt with good win against Curtis Woodhouse, a tidy performance that saw him stop the Yorkshire man in the 4th round. There had been talk of Mathews meeting Kevin Mitchell, after the Londoner recently called him out. It is unsure who his opponent will be in December and if rival promoters could work together to make Mathews v Mitchell happen at the Echo?

Mathews is up for a fight with Mitchell and will take the fight if new promoter Warren can make it, but initially he is looking at British champion Martin Gethin and a second shot at Italian southpaw Emiliano Marsili before he looks to secure a world title shot.

Mitchell continued his comeback following his defeat to Ricky Burns last year with a sixth-round stoppage of Mexican Marco Lopez hoping it would pave the way for a domestic dust-up Mathews. “It would be a nice little dance in the park, wouldn’t it?” said Mitchell after his win, in regards to fighting Mathews.

Promoter Eddie Hearn said a deal could be done for the fight to take place before the year is out, adding: “”Derry Mathews is the one we want. I know Derry loves a fight. I think we will try and make that for December.”

But speaking to Mathews briefly today he couldn’t give anything away, only that he was very pleased with his new deal and to suggest he wouldn’t be getting used by Matchroom! Make of that what you will?

“No opponent has been named just yet for the fight on the 7th December in Liverpool .” Mathews told www.britishboxers.co.uk

“I have done a five fight deal with Frank Warren, It was one I couldn’t refuse financially and I am not getting used as a body for a Matchroom fighter to beat, Many have tried and failed.”

Mathews is currently on a rich run of form and puts it down to his new found dedication to the sport and his coach Danny Vaughan’s influence. “I believe in myself” said Mathews.