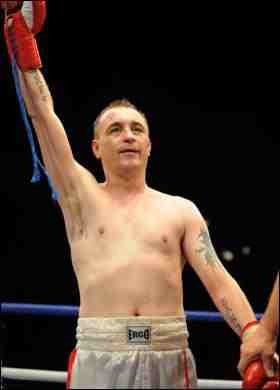 Boxing Journeymen the life blood of the sport

For every champion there is a string of contenders and for every contender there must also be a string of journeymen. To an outsider the term journeyman might seem like an insult. But to those with a little knowledge of boxing; either passive or active, journeymen are the life blood of the sport.

How does a boxer become a journeyman? In these hard economic times, many of the reasons are financial ones. In towns and cities that have suffered the loss of some major industry, there will always be a handful of men and women who look to the ring to provide some extra income. A few hundred quid for a fight is not a lot of money, but if you are not otherwise engaged, that sum will put a fair bit of food on the table. Being a sparring partner will also produce a handy income stream. But sparring partners are not meant to embarrass their bosses and although the number of stories about the hired help doing exactly that are legion, most good pros know that flooring the champ a few days before a big title defence will do nothing for future employment prospects.

Many journeymen were good amateurs and, I suspect, may well have turned pro amidst a blaze of publicity and high expectations, only to find that punching for pay is a world away from the Simon pure side of the sport. The gentlemanly ethos of a Corinthian sport ruled by red faced old buffers in blue blazers is the antithesis of the dog-eat-dog world of professional boxing. It’s a big pool and there are plenty of sharks in it. Newcomers need to keep their wits about them and do the maths do make sure that the various pieces of their contract add up to 100%.

A career may well start with a good win or two and look to be going well, before stalling with an unfortunate match against a wily old pro with more rounds under his belt than our prospect has had hot dinners. The reaction to a first defeat can often be a loss of confidence. The upward trajectory stalls and then makes a u-turn. Unreasonable demands are made with regard to weight. Fights come at short notice after the original opponent has dropped out. Five hundred mile round trips in knackered old Transit vans, with the boxer at the wheel – trying to find their way to an unfamiliar venue in an unknown town or city. These escapades are part of the mythology of boxing and such odysseys do not make for ideal preparation. Hostile crowds creating a cauldron of intimidating noise do nothing for the man whose fate it is to be up against the local favourite. The crowds do, however, sometimes influence the scoring. This should not be the case, naturally, but referees and judges are just as human as the rest of us.

But if you are new to this sport of ours and think that the term journeyman is in some way an insult, then I suggest you spend a day in any of the boxing gyms that provide these battlers with their training headquarters. Just to slip a jab requires a degree of skill and timing that most of us will never get near. And on the subject of training, how many of us can skip whilst holding a conversation or moving around the gym floor to find a place with a bit more room to swing the rope? If you look at the punch stats available for most of the big fights you see on the tele, you will see that a common figure is a success rate of around 30%. That means that 70% of punches thrown miss their target. That is not because the boxers don’t know where their opponent is; it is because that opponent is moving in such a way as to avoid most of the leather coming his way.

And journeymen have to be durable: they have to last the distance or at least a good proportion of it. If a boxer gets stopped too many times the British Boxing Board of Control will revoke or suspend their licence.