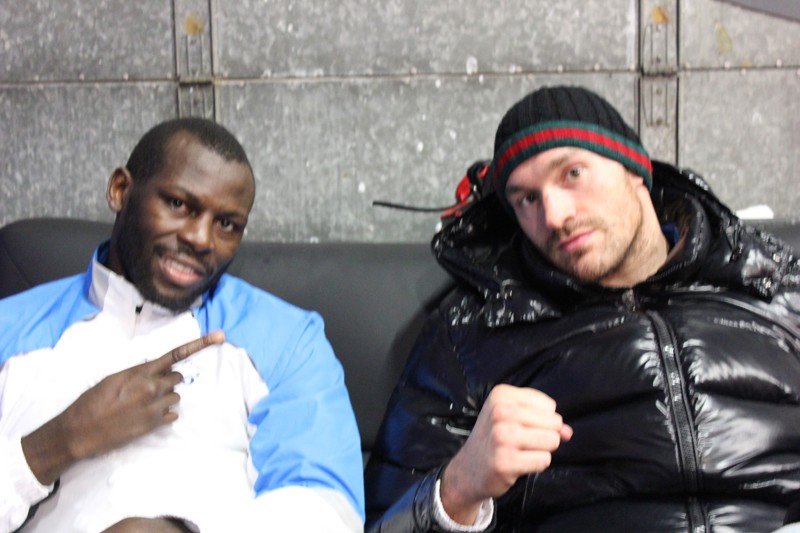 Tyson Fury is entering the last few weeks of his training camp in Essen, Belgium where he is preparing for the biggest fight of his career against former heavyweight champion of the world David Haye on September 28th in Manchester..

Fury who is trained by his uncle Peter, has drafted in some top quality sparring partners for this fight, Former world title challenger ‘Fast’ Eddie Chambers is putting the Manchester man through his paces as is former cruiserweight world champion Steve ‘USS’ Cunningham. Ironically Cunningham was Fury’s last opponent and was the man who dropped him and nearly ended his run of wins. The heavyweight prospect got up from that shocking knockdown and went on to stop Cunningham in the 7th round. Such is the respect in the Fury camp for Cunningham after that fight, they invited him over to Belgium to help Tyson prepare for Haye.

Another fighter in the camp helping Fury with sparring is unbeaten Derby light-heavyweight prospect Arfan ‘Major’ Iqbal, who has been impressing and is a British prospect to keep an eye out for in the coming years.

Tyson’s cousin Hughie Fury is also a constant sparring partner too, Hughie was in camp preparing for his own fight with former British champion Shane McPhilbin this weekend.

We traveled over to Belgium this week to catch up with the Fury’s at there secluded training camp in Essen, a sleepy countryside town miles away from any distractions. We interviewed Tyson and team Fury including the sparring partners and will be bringing you all the interview and training footage over the next week and in the run up to the fight.

Full interviews coming soon… For now here is a special www.britishboxers.co.uk video preview of our interviews.