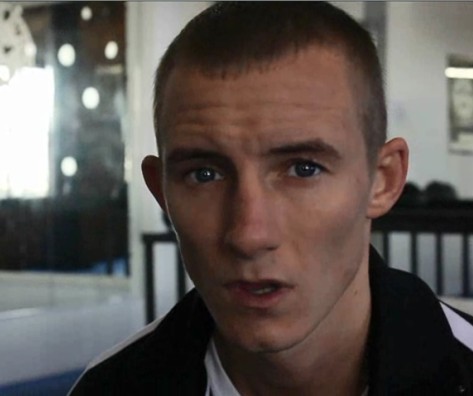 Popular Ellesmere Port super-flyweight Paul Butler looks to move to 14-0 and raise his stock with the world’s leading sanctioning bodies against 12-1-1 Ruben Montoya. The hometown fighter looks to defend his WBO Intercontinental Super-Flyweight title for the first time as he looks to cement his position as one of the division’s hottest prospects.

The 25-year-old impressed in his last outing as he won the WBO Intercontinental title and saw off the considerable threat of previously unbeaten WBC South American champion Miguel Gonzalez.

Butler has fought and won four times in 2013 already, blowing away Anwar Alfadli, Yaqub Kareem and Najah Ali in rounds four, five and four respectively. Against Gonzalez, the Cheshire fighter found himself in a good learning fight and had to take a more pragmatic approach against a skilled and elusive opponent. That night, live on BoxNation from the Copper Box Arena, the world title prospect took a convincing unanimous decision.

We caught up with Paul at his training camp in Manchester where he trains with Arnie Farnell. The British champion speaks to www.britishboxers.co.uk about his fight with Montoya, his British title and picks who he thinks will prevail in the British boxing fight of the year when Carl Froch defends his WBA and IBF world super-middleweight titles against George Groves.