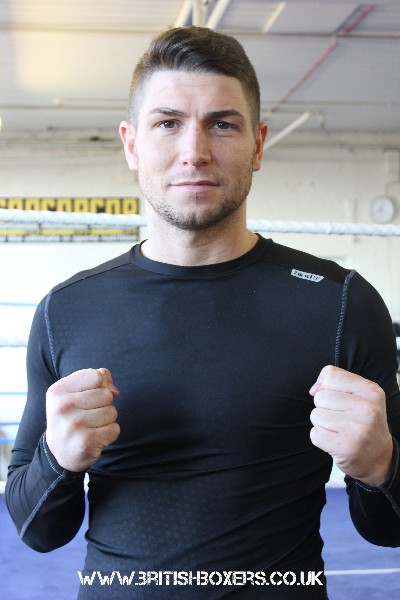 Brian Rose will challenge Demetrius Andrade for the WBO Light Middleweight title on June 14 in America, live on Sky Sports.

The Blackpool star earned his shot with a gutsy win over Javier Maciel in Sheffield in October, and the 29 year old is set to appear on the undercard of Ruslan Provodnikov’s latest WBO Light Welterweight defence.

Rose’s shot represents a remarkable rise to the top after claiming the Lonsdale belt outright in 2012 before moving onto the World scene with a final round stoppage of Joachim Alcine in April 2013 to claim the WBO Inter-Continental title and move into range for his dream shot, on a night that he plans to shock the world.

“I’m delighted that Eddie Hearn has got me this shot,” said Rose. “It’s a dream come true for me and something that I have wanted since I starting boxing at the age of 9.

“It’s going to be a great experience for me and my trainer Bobby to go out to America and compete for the World title. But we’re not going over there to make up the numbers; I’m bringing that belt back to the UK.

“Andrade is no doubt a World class fighter. He’s got the title and an impressive amateur pedigree. But I’ve got experience on my side, I’ve had more fights and more 12 rounders. I’ve been in with better and tougher opponents so this fight doesn’t and won’t faze me.

“On June 14 I will prove my critics wrong once again, I’m going to return as a World Champion.”

“I’m delighted that Brian will get his shot at WBO champ Demetrius Andrade,” said Hearn. “Brian came through a tough final eliminator against Javier Maciel and Brian and Bobby have been building a plan ever since to beat Andrade. It’s a huge opportunity for Brian and one I know he is relishing.”