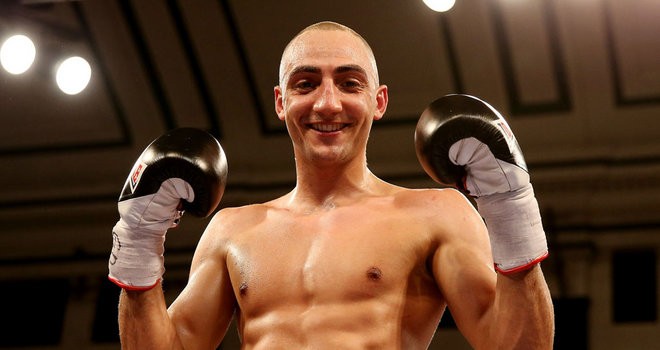 Skeete wants the most treasured belt in world boxing

Skeete, 26, makes the first defence of the WBA Intercontinental title against tough Italian Giuseppe Loriga on a title packed show at the Copper Box Arena on Saturday 12th April.

Birmingham ace Frankie Gavin is the reigning British Champion, but is looking to make a move onto the world scene later year which means Skeete could fight for the vacant title if Gavin vacates or face the Brummie in a blockbuster all-British showdown.

Either way Skeete says he’ll achieve his dream of winning the most treasured belt in world boxing.

He said, “It has always been my ambition to win the British title before going onto the world stage and I’ve set myself a target to win it by the end of the year,”

“Frankie Gavin’s holding it at the moment.  He’s a top fighter, the best in Britain, he’s cleaned up domestically to win the belt outright with three defences so it’s his property,”

“If Gavin’s still holding it and I have to fight him for it then it’s one of those things that has to be done and it will be a belter of a fight between us – two undefeated fighters meeting,”

“Or if he moves to the European and World stage and he vacates the title then I’m prepared to face who ever else is in line for it, I’ll fight anyone and no one is getting in the way of my dream.”

Skeete has looked impressive in his recent fights putting on a master class boxing display against Christopher Sebire to win the WBA Intercontinental belt and before that against Colin Lynes to win the English title.

He knows that he will have his hands full against experienced Loriga who’s won 27 out of 32 fights with three losses and two draws.  The 37-year-old from Bologna is a former Italian and IBF International Champion at light-middleweight and has also extended world star Julio Cesar Chavez Jr. nine rounds.

He added, “I can’t take anything for granted against Loriga.  He’s experienced and has mixed on the world scene, although he was stopped by Chavez Jr. in nine rounds it was at middleweight and he’ll be a huge welterweight when he gets in the ring with me.”

“It’s a crucial fight for me to win and it’s important to put on a great performance for my fans.  It’s the fourth time in a row that I’ve boxed at the Copper Box Arena and I always bring a huge support with me and they create a great atmosphere.”