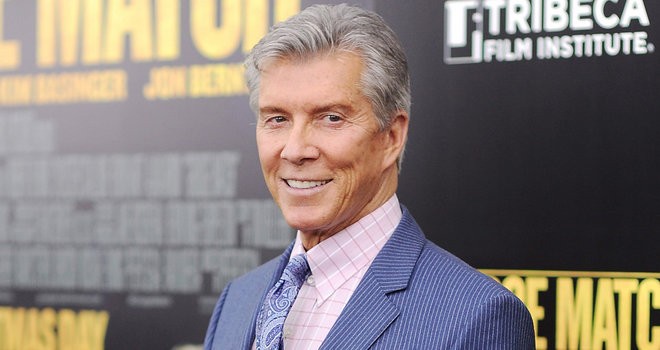 Hall of Famer MC Michael Buffer will call Carl Froch and George Groves to the ring when the pair clash in their rematch for the WBA and IBF World Super Middleweight titles at Wembley Stadium connected by EE, live on Sky Sports Box Office in association with Betway.

The American legend will grace the national stadium as Froch and Groves lock horns in front of the biggest crowd in British boxing history, and Buffer cannot wait to introduce the bitter rivals after missing out on their epic first bout in Manchester.

BUFFER ‘READY TO RUMBLE’ FOR FROCH VS. GROVES REMATCH

“On November 23 I was in Macau for the Manny Pacquiao vs. Brandon Rios fight and quite disappointed that I was unable to be in two places at the same time as George Groves was challenging Super Middleweight World champion Carl Froch in Manchester,” said Buffer. “Everyone knew the contest between ‘The Cobra’ and ‘Saint’ George was going be a war and it certainly did not fail to meet its expectations.

“A rematch was inevitable and logical. Everything fell into place and I now find myself looking forward to coming to London and being a part of what looks like one of the greatest boxing nights in UK history.

“This is a fight scenario that is usually reserved for a motion picture script. A rematch of what many fans and pundits feel was an unnecessary stoppage last year causing an instant demand for these two to pick up where they left off. Well, the battle is about to resume come Saturday May 31 at Wembley and the demand for tickets seems to justify the choice of the legendary venue and its massive seating capacity. I don’t know how many will be there but it surely will be the largest attendance on the planet of any boxing event in this young century. I hate sounding like an oldie but I remember Sir Henry Cooper fought a guy by the name of Cassius Marcellus Clay – who later was known as the Greatest, Muhammad Ali – at Wembley over half a century ago and this will far surpass that with those present and millions watching around the world.

“As for the fighters, one can expect two athletes in the best condition of their careers. Each with the knowledge that either man can drop and or stop the other. After all the back and forth rhetoric that we shall hear from now until fight night we can all rest assure that these two warriors, without any reservations, truly respect each other as men and fighters.

“‘Saint’ George Groves will bring that power that had him enter the ring in the first fight as undefeated in nineteen bouts with only four opponents surviving for the distance. Carl ‘The Cobra’ Froch will want the world to know who the world champion is and why he holds the titles of the IBF and WBA. The Cobra was a focused machine in his rematch with Kessler and he’s preparing to exceed that performance. Saint George wants revenge, plain and simple, and he intends on reversing the previous meeting’s outcome. Both fighters will want to relieve the judges of any involvement in the outcome and are intent on a knockout victory.

“As for me, I intend on enjoying the electric atmosphere of one of the greatest cities in the world during the final week of May as it braces itself for an evening of world championship boxing at its highest level on Saturday May 31 at a packed Wembley Stadium. On that night, after the introductions and the bell rings, this ring announcer will go to his seat to be just another fan enjoying the excitement and anxiety all fans dream of. I have a feeling that my seat and most others will be in part time usage as this contest will likely have the crowd on its feet more than once.