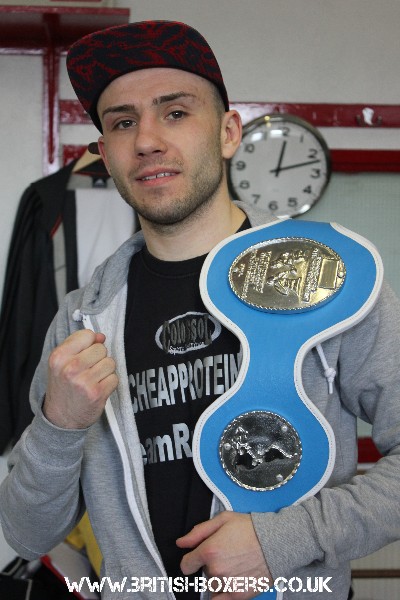 VIDEO: Ryan Doyle on winning his first title as a pro

Ryan Doyle from Manchester is 9-0 as a professional and in his latest fight won the Masters featherweight title against Michael Ramabeletsa but was made to work hard for his win against Manchester based South African in a close scrap set at a fast pace from the off.

The fight tempo was set early and Doyle pressed trying to pin down his elusive opponent who gave the Mancunian his toughest fight to date.

Doyle suffered a cut to his right eye and both were left bleeding from their noses after even success. Ramabeletsa was on the canvas in the 7th round but it was called a slip by the ref. In the same round Ramabelesta was deducted a point for holding which in the end was costly for him.

Doyle is trained by former British champions Ensley ‘Bingo’ Bingham and Maurice ‘Hard’ Core at the famous Champs Camp Gym in Mosside and has impressed in his career so far.

We visited the Champs Camp last week to speak to Ryan about his latest win.