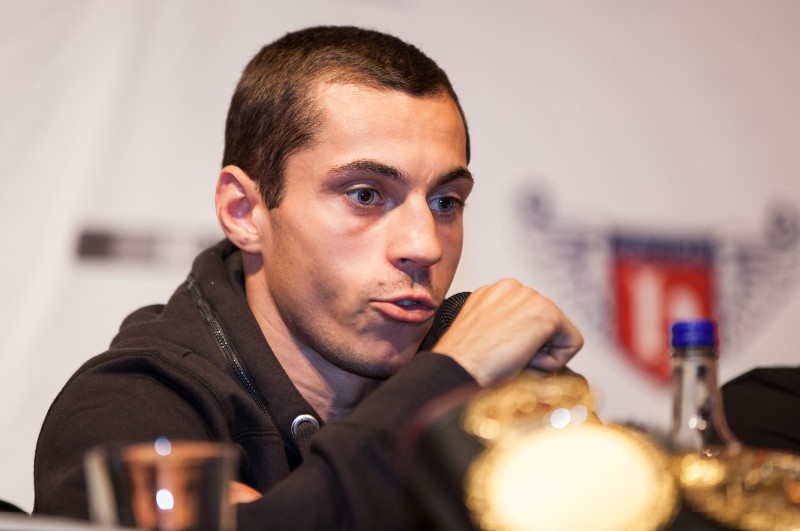 Quigg gets new opponent for world title defence in Manchester

Scott Quigg will defend his WBA World Super Bantamweight title against Tshifhiwa Munyai on April 19 at the Phones 4u Arena in Manchester, live on Sky Sports.

Munyai is ranked in the top ten with the WBA and has enjoyed success fighting in England, having won the Commonwealth Bantamweight crown in London in June 2006 against Martin Power, defending it four months later against Lee Haskins and then defeating Power again in a rematch for the title on January 2007.

The 28 year old WBA Pan African champion replaces Nehomar Cermeno who was forced out of the bout through visa issues. The former IBO World and WBA Inter-Continental champion boasts 24 wins with half of them inside the distance, and promoter Eddie Hearn expects the South African to pose a real threat to the unbeaten Bury star.

“It’s a great fight for Scott and in my opinion a much tougher test than Cermeno,” said Hearn. “Munyai is no stranger to these shores and is impressive form coming into the fight. Scott is in fantastic shape and ready to make a big statement as we eye unification fights this summer.”

Quigg’s World title defence against Munyai tops a huge night of boxing in Manchester, with chief-support in the shape of a Manchester derby between Anthony Crolla and John Murray for Crolla’s WBO Inter-Continental Lightweight title.