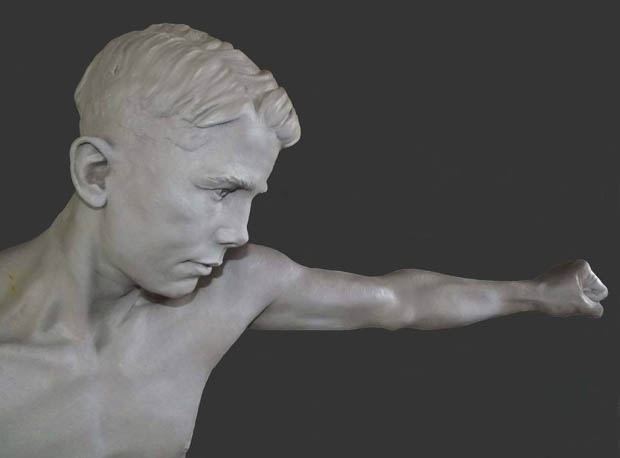 On the 16th May at 4pm in Poplar, East London a life size bronze statue will be unveiled to commemorate the sporting achievements of Teddy Baldock, World Bantamweight Champion 1927. He remains Britain’s youngest ever World Champion after defeating the American, Archie Bell for the then vacant bantamweight title on the 5th May, 1927 at the Royal Albert Hall, at just 19 years old. He was the only British boxer to win a world title during the 1920’s.

The statue was commissioned by Baldock’s grandson, Martin Sax, who in 2008 also published his grandfather’s life story Teddy Baldock – “The Pride of Poplar”.

On 8th March 1971, at the age of 63, Teddy Baldock died in poverty, having often spent periods living rough on the streets of London, his ring earnings long gone. His passing went unnoticed by the national press and there was nothing to mark the resting place of the fighter who in the 1920 s had been the hero of British boxing. 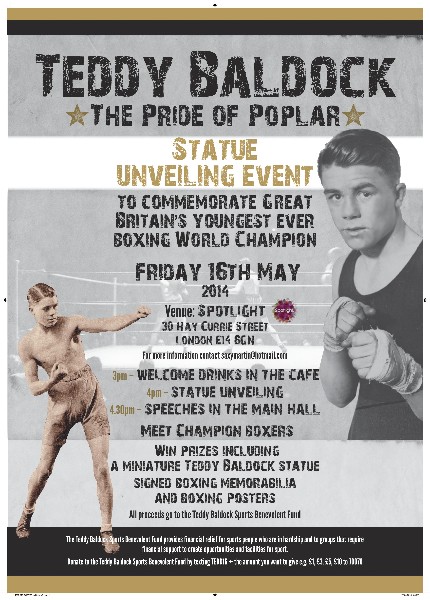 Martin has always believed that there should be a lasting monument to mark his Grandfather’s achievements in the ring. In 2009 the sculptor, Carl Payne, also responsible for the Randolph Turpin statue in Warwick was tasked with producing a life size bronze statue of the bantamweight Champion.

After years of fundraising and in partnership with Poplar HARCA, the statue has now been completed and will be unveiled at Langdon Park, Poplar only a short distance from where Teddy had grown up. Baldock had started fighting on the streets of the tough London borough and had his first professional contest at the tender age of 13. By 17 he was a topping the bills at the Albert Hall and at 18 he was fighting in New York at such famous venues as Madison Square Gardens and the Polo Grounds. During his 3 month stay, he took part in 12 contests, winning 11 and drawing 1. The famous fight promoter Tex Rickard would have match him for the World flyweight title, but at that time Baldock was too young to fight over the championship distance.

At that time, boxing in Britain was not governed by the same rules so after a couple of eliminating contests Baldock was matched with the American Archie Bell. On the 5th May 1927 in front of a sell out Albert Hall crowd, Teddy Baldock defeated the American on points over 15 rounds. It was described in the British press as one of the most punishing encounters the bantamweight division had ever seen.

He retired from boxing aged only 24 with a professional record of 81 contests, winning 73, losing 5 and drawing 3.

Baldock lived the celebrity life style after he retired from the ring, but without boxing he was anchorless, the routine of training and his stringent self-discipline evaporated and sadly he succumbed to the temptations of both drink and gambling before finally dying in poverty.

At the height of his career he once said “I’m proud of Poplar, it made me” and now on the 16th May, immortalised in bronze the former World bantamweight Champion will stand once again in the very streets that made him. 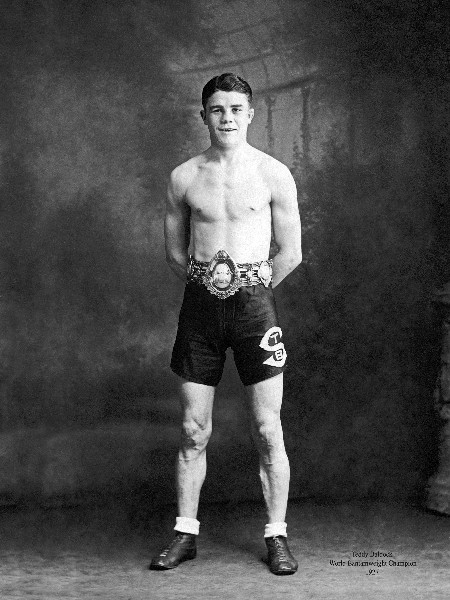