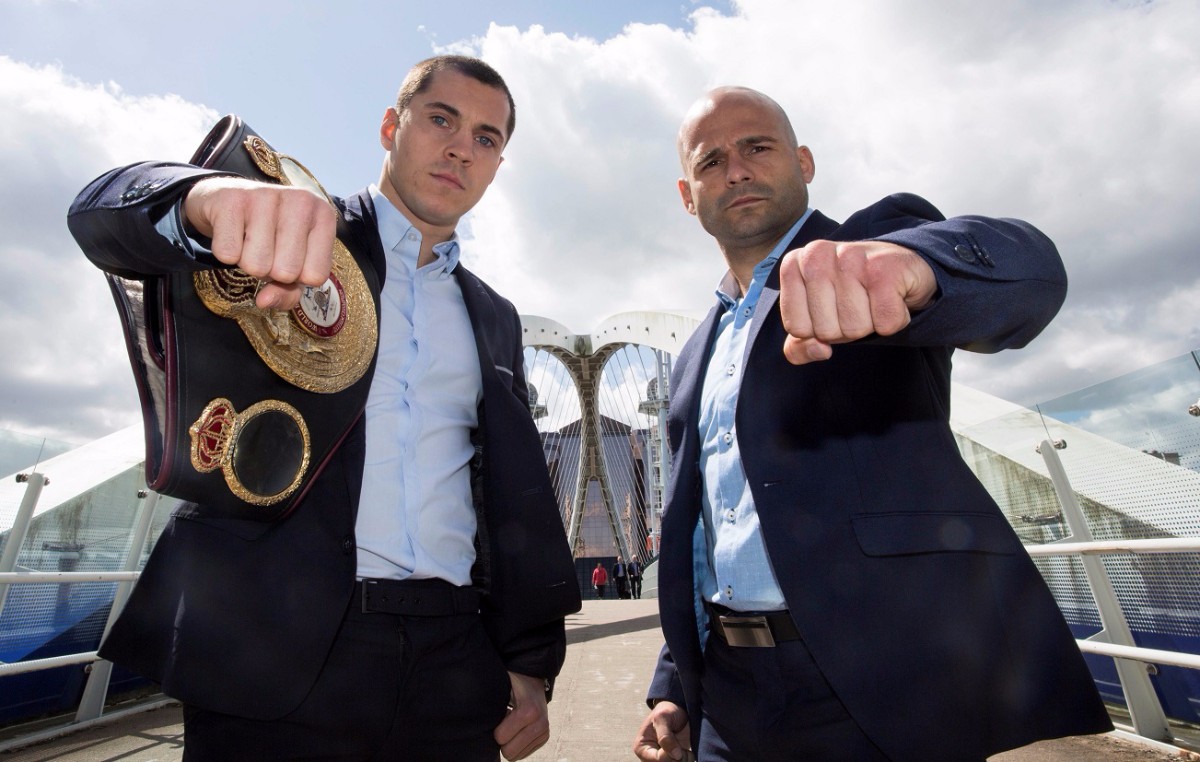 Quigg to face Martinez in Manchester on July 18 (Tickets)

Scott Quigg will defend his WBA World Super Bantamweight title against Kiko Martinez at the Manchester Arena on July 18, live on Sky Sports.

Quigg makes the fifth defence of his crown having blasted away his first three challengers in devastating fashion before tough Japanese visitor Hidenori Otake bravely took him the distance in Liverpool in November, with Quigg securing a wide points decision.

The Bury star now faces the sternest test of his reign in the shape of former IBF World ruler Martinez, who landed his title in stunning fashion in August 2013 stopping the unbeaten Jhonatan Romero in America before stoppage wins in his first two defences against Jeffrey Mathebula and Hozumi Hasegawa.

Martinez is no stranger to the UK and Ireland having boxed Carl Frampton twice in Belfast and dramatically knocking out Bernard Dunne in the first round of their European title clash in Dublin.

After five fights in 13 months, Quigg was side-lined through hand surgery following the Otake fight, and the 26 year old says that time out of the ring has made him hungrier than ever.

“I was very busy and the break has done me good – I am refreshed,” said Quigg. “We know what Kiko brings, he’s been in everyone’s backyard and this is the toughest fight of my career – but there’s one thing I know, I will beat him on July 18.

“He’s strong, he comes forward and he’s a big puncher. It will be the best performance of my career and it will need to be, I predict a devastating victory.

“This is a dangerous fight and those are the ones I want. It’s the type of fight that you get out of bed for your morning runs for – the fear of losing that World title makes me work even harder.” 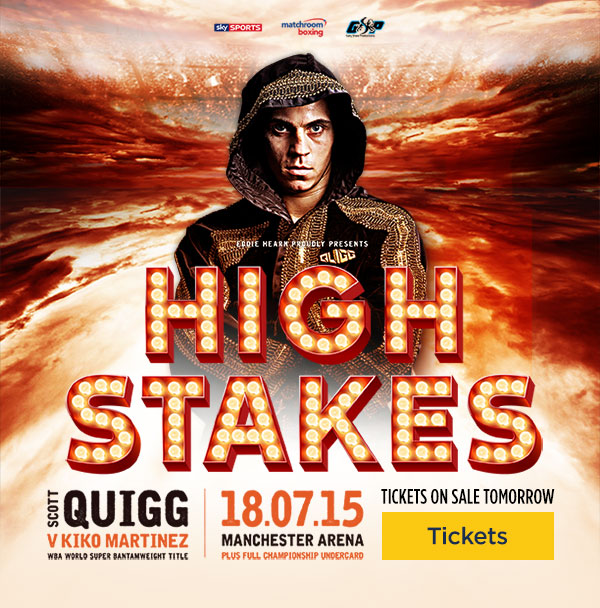