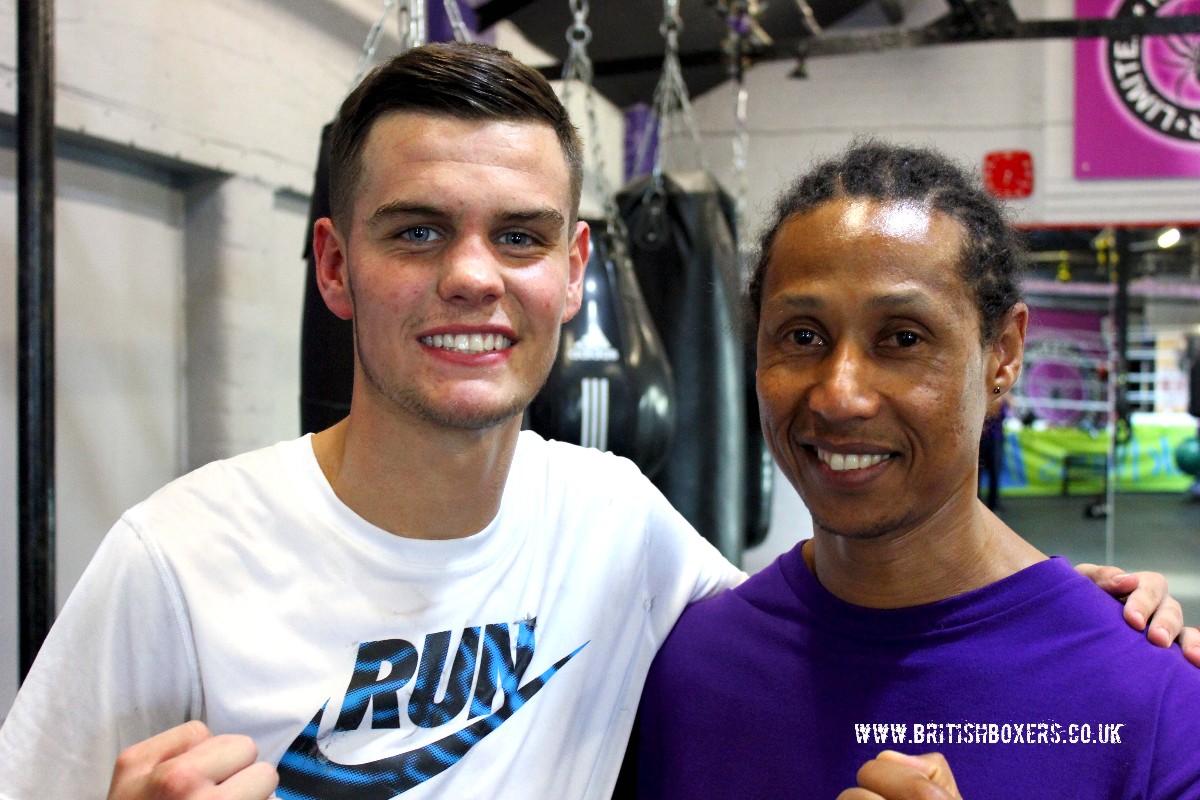 Undefeated lightweight prospect Alex Rutter (7-0) will be having his first professional fight in his home town of Middleton on Friday July 31st, when he fights on the latest Black Flash Promotion at the Middleton Arena, a stones throw from his house.

Rutter, 22, is trained by British based South African coach Sean Krool in Manchester after a spell with Bobby Rimmer previously and he is improving all the time but his fights have been few and far between since he made his pro debut in May 2012.

For a prospect highly regarded as Rutter was when he turned pro, 7 fights in over 3 years isn’t good enough and he hopes that this next fight against Gloucester’s Andy Harris can kick start his career.

Rutter spoke to British Boxers this week about his next fight, training camp, his coach Krool and his hopes to get regular fights, starting on July 31st. (video below)

Joining Alex Rutter on the Black Flash Promotions show will be top of the bill and another Middleton favourite, Light-middleweight Matthew Ryan, who faces off against Gary Boulden, knowing a win will earn him a shot at the Central Area title by the end of the year.

Exciting super-featherweight prospect Zelfa Barrett will be having his 6th pro fight on the card. Also the highly tipped Sean Ben Mulligan will be in action, after recovering from ear surgery, that nearly ended his career. Plus Michael Gomez Jr will have his 3rd pro outing, also Cameroon former Olympian Blaze Mendouo and Sussex’ Alex Dilmaghani will make up a good card for all fans in attendance and watching Live on BBTV on this website. (TV Full Details here)