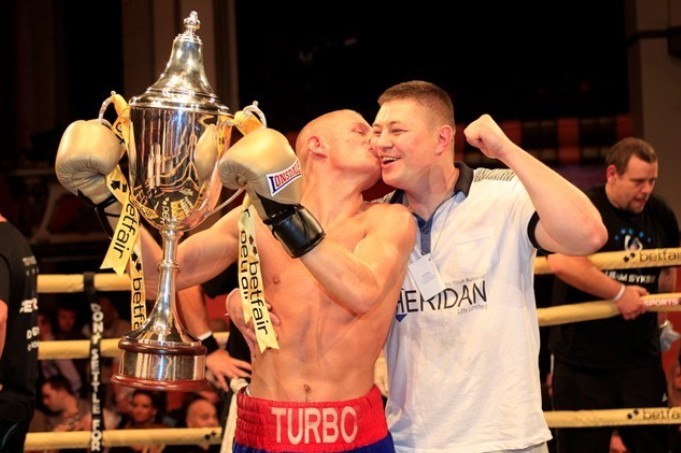 Manchester’s Terry “Turbo” Flanagan will be looking to etch his name into boxing history on Saturday evening, with the Manchester Velodrome playing host to the Lightweight potential date with destiny.

Should Flanagan defeat fellow undefeated foe Jose Zepeda, he will secure the WBO Lightweight championship, the first Englishman to hold a world title at this weight.

I had the opportunity to speak with the man behind Flanagan’s rise to prominence Steve Maylett, who appeared ever amiable and confident of Flanagan’s success,

“I’ve said it before; I don’t think we have seen the best of Terry yet. He is improving all the time and has learned and sparred with some of the best in Britain in the past which has been great for him – the likes of Carl Frampton, Scott Quigg, Rendall Munroe and Ricky Burns.”

The American co-challenger Zepeda has gained a reputation as a knockout artist going into the fight with Flanagan, with 20 of his 23 victims on his unmarked ledger falling early – the last four within three rounds though the level of Zapeda’s opposition appears unremarkable upon close inspection, Maylett was quick to dismiss any doubts of possible complacency.

“Terry has been sparring with Jack Catterall, who is a very strong kid and a southpaw, so we have had plenty of decent sparring. We have also been working a lot on strength, with Terry lifting weights more than I normally allow”.

“We have brought a nutritionist into the preparations for the fight as well. Gregg Marriott (who also works with IBF Welterweight champ Kell Brook) has been helping out and has made a big difference – these small changes can be the difference at the very top level with two equally matched fighters.”

“Terry has looked better and better the closer we have come to Saturday and I am now very confident”.

Flanagan will also have the added comfort of the home crowd spurring him on, whereas this will be Zepeda’s first fight as the “away” fighter. Will he cope with the added pressure? Or will the Mancunian southpaw succumb to Zepeda’s seemingly explosive fists? Hopefully the former of course, if not for Terry Flanagan, then for the addition of a new chapter to English boxing’s fabled past.