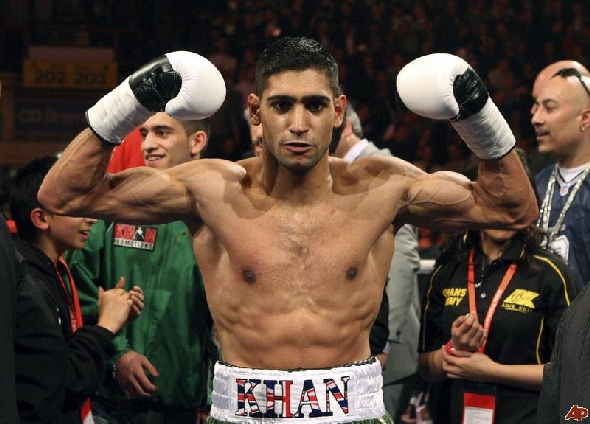 Cross Pennine rivals Amir Khan and Kell Brook have been exchanging verbal barbs for some time now, with no foreseeable physical conclusion;  much to the frustration of those truly affected by the protagonists’ failure to negotiate – the fans.

Khan in particular has been highly vocal, belittling Brook’s standard of opposition and showing a contemptuous disregard for the IBF Welterweight champion’s in ring abilities.

The Bolton fighter has displayed an apparent change of heart in relation to the British Mega clash this week. Khan recently met with Matchroom boxing supremo Eddie Hearn with the main topic of conversation being a Khan-Brook showdown.

The imperative fixture in the equation must remain that both men continue to win, thus maintaining their collision course and the possibility of a 2016 fight at Wembley stadium, an appealing scenario to Khan.

Speaking to Sky Sports, he stated; “That’s a fight I would love to have in future, somewhere like Wembley will definitely sell out for that fight.”

“It’s a fight that everyone has wanted for years and years. It can potentially be one of the biggest fights in Britain.”

Such rhetoric is indicative of the desire for a positive solution.

With Brook expected to defend his title in October and Khan looking to return by the end of 2015, conditions are ripe to ensure that a mooted Khan – Brook fight isn’t relegated to the history books for the wrong reasons, just  as so many domestic dust ups have before them as another battle that never began.